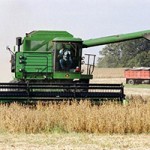 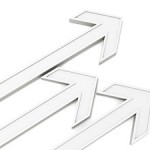 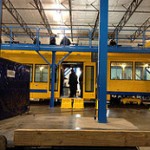 For much of its history Nevada has depended on a few primary industries, which affect the level of state revenues, labor market opportunities, and education needs. Going forward, the potential exists for Nevada to be a leader in new industries such as unmanned aerial systems, health sciences, logistics and operations, information technology, and energy while also expanding the state’s employment, household income, and revenues base. Encouraging the growth of these industries requires an educated, skilled population.

The Guinn Center analyzes and informs decisions that affect economic growth and economic opportunity for Nevadans and which build toward a sustainable future. The Guinn Center examines current policies and options to improve the state’s economic base, offers balanced approaches to providing revenues, identifies short- and long-term strategies and trade-offs, and addresses related issues that play a role in supporting thriving communities.

Areas of research include: 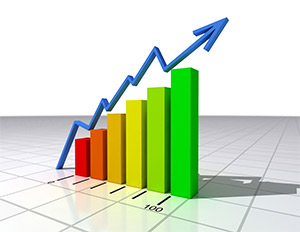 An Analysis of AB309

The Guinn Center analyzes a current legislative proposal that would allow counties to raise revenue locally to address some of the greatest challenges facing the Silver State.

Property tax is one of the most significant sources of K-12 education financing within states. With resource adequacy a question before Nevada lawmakers in the 80th (2019) Legislative Session, this policy brief evaluates the relationship between property taxes and K-12 financing in the State.

This policy brief explains Nevada’s budget process—such as the role of the Economic Forum—and provides both a broad-based overview of budgetary sources and spending and a detailed account of revenues and proposed expenditures. It closes with a discussion of some of the uncertainties confronting the State Legislature as they make budgetary decisions, particularly the status of the Medicaid expansion and that of marijuana legalization.

The objective of this policy brief is to determine how much federal housing assistance (loans, grants, and direct payments) Nevada receives. The data on loans and grants is available from USAspending.gov, the official source for spending data for the U.S. government.

A Step Up: Economic and Financial Security for Nevada’s Families

The Great Recession of 2008 hit communities across the United States, but nowhere were the effects more acute than in Nevada. While Nevada’s economy still has not recovered to 2006 pre-recession levels, it is trending upward. Nevada is among the highest-ranked states in job and personal income growth, coupled with steadily increasing output. However, while economic expansion has yielded significant returns in the aggregate, those economic gains have not been distributed evenly across different segments of the population. As the population has grown, political leaders and agency officials have grappled with questions surrounding unmet needs and constrained resources. This policy brief examines recent data and identifies several economic trends facing Nevada’s families.

Property Taxes in Nevada: An Overview

The Guinn Center, in conjunction with researchers from the Department of Economics in the University of Nevada, Reno’s College of Business, has published a policy report that provides an overview of property taxes in Nevada. This report addresses a set of questions that highlight the structural dimensions of the Silver State’s property tax system, examine statewide variation, and analyze possibilities for reform.

Infographics (in English and Spanish) on Nevada’s property taxes can be found here.

This policy brief explains Nevada’s budget process—such as the role of the Economic Forum—and provides both a broad-based overview of budgetary sources and spending and a detailed account of revenues and proposed expenditures. It closes with a discussion of some of the uncertainties confronting the State Legislature as they make budgetary decisions, particularly the status of the Medicaid expansion and that of marijuana legalization.

Infographics (in English and Spanish) on Nevada’s budget can be found here.

In December 2015, Governor Sandoval called a special session to consider a development incentive package for Faraday Future, which has decided to locate in North Las Vegas. The goal of this policy brief is to (1) identify best practices for crafting development incentive programs, and (2) offer a set of recommendations
for improving Nevada’s return on investment (ROI) on the proposed Faraday Future incentive package.

As the Nevada Legislature considers a $1.3 billion incentive package for Tesla Motors, the Guinn Center for Policy Priorities recommends that legislators consider best practices learned in other states that emphasize transparency, accountability, performance, local hiring, and job training. The Guinn Center also examines the impact of the proposal on local governments and the ability to provide expanded public services. (September 2014)