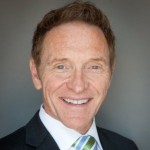 Tim Buchanan is a Public Affairs Administrative Officer in the Office of the Mayor and Council in Henderson where he provides complex analytical work in support of the Mayor. Prior to moving to Henderson, he was the director of Corporate Social Responsibility at Barrick Gold Corporation. Previously, Mr. Buchanan served as  the Senior Advisor/Director of Energy and Extractives Advisory Services at Business for Social Responsibility, and as a Senior Consultant in Sustainable Development at Gold Fields Limited. He has a B.S. in mining engineering from the Colorado School of Mines, and a Master of Science in water resource management.  Mr. Buchanan serves on the board of the Nature Conservancy, and previously served on the board of Outside Las Vegas Foundation and the Western Shoshone Scholarship Foundation. He has lived abroad and traveled extensively.

Elisa Cafferata currently leads the Nevada Department of Employment, Training, and Rehabilitation. Prior to her current position, she was the Deputy Administrator in the Nevada Department of Health and Human Services Division of Welfare and Support Services. She previously served as President and CEO of Nevada Advocates for Planned Parenthood Affiliates, where she handled education, policy and election work for the Planned Parenthood health centers in Nevada. She co-founded the Nevada Teen Health and Safety Coalition (NTHSC) to bring together over 100 community organizations and individuals to fight for policies to protect teen health at the local and state level.

Dr. Edith Fernández serves as Associate Vice President at Nevada State College, where she is responsible for building relationships with community leaders, elected and government officials, and leverages her substantial experience in the field of higher education with expertise in institutional research, student success initiatives, marketing, and organizational leadership skills. Within the Nevada System of Higher Education she has worked at Nevada Cooperative Extension, University of Nevada, Reno, College of Southern Nevada and Nevada State College as a faculty member and student affairs administrator.  She has also worked at the University of Michigan and a premiere Hispanic Serving Institution in Texas. Dr. Fernández has been a principal investigator for research projects focused on intercultural competence, intercultural learning skills, and civic engagement on a global scale.  Her most current scholarship focuses on Latina leaders in higher education. She was recently appointed to the Council for the Alliance of Hispanic Serving Institute Educators and the American Association of Hispanics in Higher Education. She received her Ph.D. from the University of Michigan, a Masters of Public Administration degree from UNLV, a Masters of Education degree from Harvard University, and her B.A. from University of Nevada, Reno. 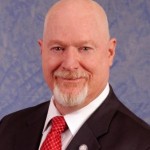 Randy Kirner most recently served on the board of the State Public Charter School Authority where he was Vice Chair. Prior to serving at the SPCSA, he represented South Washoe County in the State Assembly. His committee assignments included Chair, Committee for Commerce & Labor; six years on the Ways & Means Committee; and several sessions on Taxation and the Education Committees. Before his public service, Dr. Kirner spent 35 years in industry including senior executive positions in three Fortune 200 companies: American Hospital Supply Corporation (now Baxter), Allergan Inc., and most recently International Game Technology (IGT). He is an Army veteran including a command tour in Vietnam with the 101st Airborne Division. He received his Ed.D. from the University of La Verne, an MBA from Georgia State University, an MS in Information Management from West Coast University, and his BS in Business Administration from the University Of North Georgia. 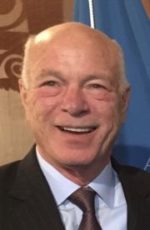 A lawyer, Dave Kladney began his career as the first in-house counsel for the State of Nevada Employees Association. Mr. Kladney was a sole practitioner for 20 years with a practice centered on civil litigation and representing disabled clients. For a brief period, he served as a Deputy Attorney General for the State of Nevada. Mr. Kladney was a five year member of Board of Directors of the Nevada Trial Lawyers Association. In addition, he was a founding member of the Nevada Festival Ballet and the Nevada Chapter of the Make-A-Wish Foundation. Mr. Kladney has received frequent recognition for his pro bono work and was named Nevada Pro Bono Lawyer of the Year by the Nevada Supreme Court in 2004. In 2011, he was appointed to the United States Commission on Civil Rights. He graduated from the University of Nevada, Reno with a degree in journalism and received his J.D. from California Western School of Law. 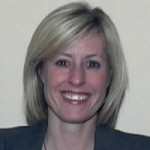 Nicole Lamboley is the Executive Director of the Food Bank of Northern Nevada. Previously, she was Administrator of the Child Health Institute at Renown Health. She served as Chief Deputy Commissioner at the Nevada Division of Insurance. Prior to the Division of Insurance, Ms. Lamboley served eight years as Chief Deputy Secretary of State under Nevada Secretary of State Ross Miller. For the past 27 years, she has worked in different capacities in the area of public and government affairs in both the public and private sectors, primarily in Nevada, but also in Washington, D.C., and San Francisco.  Her career also includes positions as campaign manager for former Nevada Attorney General Catherine Cortez Masto, Legislative Affairs Manager for the City of Reno, Senior Regional Manager for the National Association of Manufacturers, Deputy Chief of Staff to former Nevada Governor Bob Miller, and Project Manager in the area of philanthropy for BTW Consultants, Inc. She serves as a board member for the Washoe K-12 Education Foundation and on the advisory council for Communities in Schools Western Nevada affiliate. Ms. Lamboley received her B.A. from the University of Notre Dame and a Master’s degree with an emphasis in social and public policy from Georgetown University.

Dr.  James Thomson serves as special advisor for regional development to UNLV President Len Jessup. He is the former CEO of the RAND Corporation, a nonprofit, nonpartisan institution that helps improve policy and decisions through research and analysis, which he led as CEO from 1989 to 2011. With annual revenues of over $250 million and a staff of more than 1,600, RAND’s research programs address a range of domestic, international, and national security issues. RAND’s core competencies include health care services, supply chains, energy and environment, transportation and infrastructure, education, demography, defense, and international security. In addition to his leadership at RAND, Dr. Thomson was previously an experimental nuclear physicist and published numerous scientific papers in peer-reviewed journals. He served as a U.S. government official dealing with defense and arms control matters, serving both in the U.S. Department of Defense and at the White House. Dr. Thomson is a member of the Council on Foreign Relations and International Institute for Strategic Studies, and serves on the board of the Los Angeles World Affairs Council. He is a director of AK Steel Corp. and Praedicat, Inc. Dr. Thomson holds a B.A. in physics from the University of New Hampshire and a Master’s and Ph.D. in physics from Purdue University.

Stephanie Tyler, President of AT&T Nevada, is an accomplished external affairs executive with 30 years of multi-state experience in corporate management, government relations, communications, campaign management, and public service. Currently, Ms. Tyler is responsible for external affairs for AT&T Nevada including; state and local government relations, community affairs, and regulatory and legislative activities. She also oversees external affairs operations in Utah, Idaho, and Montana as well as supporting the External Affairs Western Region President in directing strategies for key initiatives in 16 Western states. Ms. Tyler is a former Nevada State Senator. She has also run several statewide and district campaigns in both Nevada and California. After spending six years lobbying the California Legislature, Ms. Tyler took a one-year leave of absence from AT&T at the request of Governor Arnold Schwarzenegger to serve as Political Director to his successful re-election campaign. A native Nevadan, Ms. Tyler spent the early years of her career in a variety of political jobs including serving as staff to U.S. Senator Paul Laxalt in his capitol and district offices, running political caucus organizations, and contract lobbying. She is an active member of numerous community boards and commissions in both Reno and Las Vegas. Ms. Tyler serves as Treasurer of Jobs for Nevada’s Graduates, Vice Chair of the Desert Research Institute Foundation Board of Trustees, and Secretary of the Girl Scouts of Sierra Nevada. Ms. Tyler is a graduate of the University of Nevada, Reno, with a degree in political science. She maintains offices in Reno, Las Vegas, and Carson City.