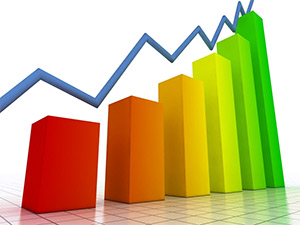 Key areas of focus and research at the Guinn Center are budget and fiscal policies. The budget is a state’s single most powerful decision-making tool and statement of priorities. The Guinn Center provides fact-based, independent analyses of state fiscal and tax policies and their implications for all Nevadans. We identify long-term strategies for a sound budget and strong economy. We will translate a complicated budget for the public, analyzing budget trends and options that make clear the crucial choices Nevada faces in both the short- and long-term, and promote greater transparency in the policy making process.

This policy brief begins with a brief overview of the relationship between property taxes and K-12 Education Funding. The report examines structural characteristics of Nevada’s property tax system that limit revenues. The policy brief concludes with a discussion of recent efforts to effect legislative change in Nevada, summarizes recent property tax legislation and proposals in other states, and compiles the statutory and constitutional authorities pertaining to Nevada’s property tax revenue limits in an accessible table. (Fall 2020)

The Proposed Budget Reserves Process for State Funding in Nevada

In response to the economic impact of COVID-19 on Nevada’s budget, Governor Steve Sisolak sent a memo in April 2020 to State agencies noting that actual state revenue will not meet previous projected revenue projections and that he is examining the necessity of recommending budget reserves. In practice, these budget reserves are recommended budget cuts to General Fund appropriations for departments. Departments must meet certain targets, though these are subject to change as the economy recovers. The budget reserves that each department must meet are up to four percent for Fiscal Year (FY) 2020 and from six percent to fourteen percent for FY 2021. The Governor’s Finance Office prepared a spreadsheet that itemizes, by agency, division, and/or budget account (e.g., programs, salaries), General Fund appropriations for each fiscal year and budget cut amounts at each potential budget cut point. Using data contained in the spreadsheet, we evaluate the budget reserve targets and the implications for State funding in the current biennium (FY 2020-FY 2021).

The Nevada Plan, the Silver State’s mechanism for funding education since 1967, was replaced during the 80th (2019) Legislative Session by Senate Bill (SB) 543 with the Pupil-Centered Funding Plan. It will be implemented beginning with the 2021-2023 biennium. While one purpose of the new funding plan is to differentiate per-pupil funding based on the needs of individual students, another purpose is to make the amount of funding dedicated to K-12 education more transparent. This report addresses the second purpose of the Pupil-Centered Funding Plan – specifically the State/local taxes and fees that will be dedicated to public elementary and secondary education. (2020)

This policy brief examines alcohol taxes in Nevada over time. (2020)

How Dependent Is Nevada on Sales and Use Taxes?

This policy brief explains Nevada’s budget process—such as the role of the Economic Forum—and provides both a broad-based overview of budgetary sources and spending and a detailed account of revenues and proposed expenditures. It closes with a discussion of some of the uncertainties confronting the State Legislature as they make budgetary decisions, particularly the status of the Medicaid expansion and that of marijuana legalization. (2019)

Property tax is one of the most significant sources of K-12 education financing within states. With resource adequacy a question before Nevada lawmakers in the 80th (2019) Legislative Session, this policy brief evaluates the relationship between property taxes and K-12 financing in the State. (February 2019)

An Analysis of AB309

The Guinn Center analyzes a current legislative proposal that would allow counties to raise revenue locally to address some of the greatest challenges facing the Silver State. (2019)

In 2017, the U.S. Congress took action to amend the Internal Revenue Code (IRC), or modify certain existing federal income tax provisions as they pertain to individuals and businesses. The bill is known as the Tax Cuts and Jobs Act (TCJA). This policy brief highlights major provisions in the congressional TCJA proposal as they relate to Nevada and to individual taxpayers only. (December 2017)

In 2017, the U.S. Congress took action to amend the Internal Revenue Code (IRC), or modify certain existing federal income tax provisions as they pertain to individuals and businesses. a The U.S. House of Representatives passed legislation on November 16, 2017, referred to as the Tax Cuts and Jobs Act (TCJA). On December 2, 2017, the U.S. Senate passed its version of the TCJA. As the House and Senate bills are not identical, the two pieces of legislation must be reviewed by a conference committee to reconcile the differences. This policy brief discusses major provisions in the congressional proposals as they relate to Nevada and to individual taxpayers only. (December 2017)

The U.S. House of Representatives passed H.R. 1628, the American Health Care Act (AHCA) of 2017, on May 4, 2017, and the U.S. Senate released a discussion draft for its version of the bill, the Better Care Reconciliation Act (BCRA) of 2017, on June 22, 2017; both bills seek to roll back the Medicaid expansion, amongst other provisions.

We evaluate Medicaid funding in Nevada from a budgetary standpoint, examining expenditures and revenues for the program. We conclude with an assessment of the financial implications for Nevada, should the Medicaid expansion be rolled back due to congressional decisions to revise existing provisions of the Affordable Care Act (ACA). (June 2017)

Property Taxes in Nevada: An Overview

The Guinn Center, in conjunction with researchers from the Department of Economics in the University of Nevada, Reno’s College of Business, has published a policy report that provides an overview of property taxes in Nevada. This report addresses a set of questions that highlight the structural dimensions of the Silver State’s property tax system, examine statewide variation, and analyze possibilities for reform. (2017)

Infographics (in English and Spanish) on Nevada’s property taxes can be found here.

This policy brief explains Nevada’s budget process—such as the role of the Economic Forum—and provides both a broad-based overview of budgetary sources and spending and a detailed account of revenues and proposed expenditures. It closes with a discussion of some of the uncertainties confronting the State Legislature as they make budgetary decisions, particularly the status of the Medicaid expansion and that of marijuana legalization. (2017)

Infographics (in English and Spanish) on Nevada’s budget can be found here.

This policy brief provides a comparison of the tax plans being considered by the Legislature. Based on our analysis and interviews with tax policy experts in other states that have implemented gross receipts taxes, the Guinn Center concludes by offering a series of policy questions and recommendations for Legislators. (April 2015)

The Business License Fee: What We Still Don’t Know- Questions for Legislators

Governor Sandoval has proposed restructuring the Business License Fee to provide more funding for education. This policy brief reviews whether this proposal embraces elements of good tax policy and discusses issues that the Legislature should explore prior to adopting the proposal. (March 2015)

School districts throughout Nevada have critical, unmet capital needs and currently have insufficient resources to fund repairs and build new schools. Existing financing tools rely largely on local funding and have not generated adequate revenue in a timely manner. In addition, the existing structure has increased disparities between school districts, given that each district has a different set of funding sources that it can use. This policy brief provides recommendations to expand the financing options available to school districts to meet capital needs. (February 2015)

This follow-on policy brief provides a detailed description of the methodology and assumptions used by the Guinn Center to arrive at the revenue estimates of the margin tax, as previously discussed in the Fact Sheet on The Education Initiative. (2014)

Nevada ranks 6th in the nation in the effective use of state budget-planning tools, according to a major new report, Budgeting for the Future, from the Center on Budget and Policy Priorities (CBPP), a non-partisan policy research organization based in Washington, D.C. Implementing these budget-planning tools would help Nevada build an attractive business climate, make government more effective, and weather difficult economic times. (February 2014)