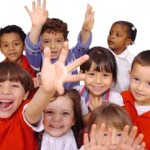 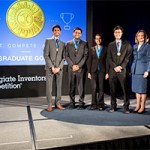 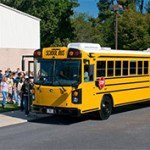 One of the biggest challenges facing Nevada’s long term economic expansion is the lack of career and college readiness for adults and K-12 students. Nevada’s ability to leverage our existing resources, maximize economic opportunities, and sustain growth over the long term requires an educated workforce that is equipped with 21st century skills. To increase postsecondary access and success, Nevada must build a more durable pipeline across our educational and workforce systems to prepare Nevadans for the jobs of today and tomorrow.

The Guinn Center analyzes education policy in both K-12 and higher education systems, particularly as they relate to issues of opportunity and workforce development.

Areas of research include: 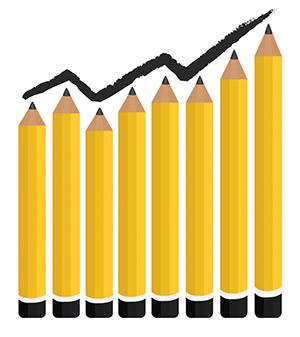 Nevada’s system for funding K-12 education is complex and has not been substantially revised since it was created in 1967. It has been criticized for not providing sufficient funding to adequately educate students and for not fully recognizing the additional investment needed to educate special populations such as low-income students, English Language Learners, and special education students. This policy report updates the Guinn Center’s 2015 K-12 Finance Policy Brief and identifies several issues the Nevada State Legislature should consider in the 2019 Legislative Session as they seek to revise the current funding structure.

Charter schools are public schools that may offer instruction remotely (virtual), in a traditional brick-and-mortar setting, or some combination of the two (hybrid or blended). This policy brief reviews the performance of virtual charter schools in Nevada and compares it to state and district averages. The document provides a set of recommendations that local policy makers may want to take under advisement to address outcomes at virtual charter schools.

Zoom and Victory Programs in Nevada

ACS Ventures (in partnership with UNLV and MYS Project Management) recently completed a multi-year external evaluation of several state education programs, including Zoom and Victory programs. Shortly thereafter, CCSD released its own internal analysis of Zoom and Victory programs. While the findings were similar, there are distinct and important differences regarding the program reviews. This policy brief discusses the limitations of the two reports and provides some additional analysis of the impact of these two educational programs.

The Impact of School Autonomy and Skilled Leadership on Student Achievement

Researchers, education agency officials, teachers, and parents have widely acknowledged that greater autonomy at the school site can help school leadership teams, staff and educators develop and implement programs and interventions that best serve the specific needs of their students and improve education outcomes. This policy brief reviews the ways in which Nevada is looking to expand site-based school autonomy in schools, and summarizes models implemented in several states around the country.

This policy report describes the current high school graduation landscape in Nevada, including graduation rates, dropout rates, assessment data, and college remediation rates. It also compares Nevada to other states with similar population sizes and to states in the Intermountain West region. The report then identifies and discusses initiatives in other states that have strengthened college and career pathways, increasing graduation rates and bolstering postsecondary opportunities for students. The policy report concludes by offering a set of recommendations that the State’s decision makers, policy leaders, and agency officials may take under advisement.

During his January 2017 State of the State address, Governor Brian Sandoval renewed his financial commitment to several programs aimed at improving educational outcomes in the Silver State: Nevada K.I.D.S. Read (formerly Read by Grade 3), Zoom Schools, Victory Schools, pre-K  programs, and kindergarten programs. In this policy brief, the Guinn Center evaluates the implementation and initial outcomes of the five early education and literacy interventions since 2015. In doing so, this policy brief will explain how these five education initiatives, for which there exists strong evidence to suggest that these initiatives – under certain conditions – are robustly correlated with improved outcomes.

The Guinn Center for Policy Priorities commends the Nevada Department of Education for the inclusive process and emerging product of the ESSA plan. We applaud the connection to the transforming Nevada economy, the measurable benchmarks and goals, the structure of the organizing principles, the demonstration of aligned assessments through the K-12 education system, the focus on equity within our system and aligned accountability and structural reforms, and the clarity offered by articulating tiers of support for persistently struggling schools. In the pages that follow, we evaluate the ESSA draft against the Guinn Center’s education policy principles.

Pathways to Nowhere: Post Secondary Transitions for Students with Disabilities in Nevada

This policy report describes existing pathways preparing students with intellectual and/or developmental disabilities for post-secondary opportunities, and identifies some of the barriers facing students as they prepare to transition to life beyond high school. This policy report concludes by offering a set of recommendations that the State’s decision makers, policy leaders, and agency officials may take under advisement.

Around the country, school districts and policy makers have attempted to address these two phenomena by using financial incentives—namely performance-based compensation plans and incentives. This policy report explores how states and school districts have implemented these financial incentive-based compensation plans, describes the current landscape in Nevada, and offers recommendations that may be taken under advisement by Nevada’s legislative leaders, policy makers, and education officials.

At the Tipping Point: Educational Outcomes of Students in Foster Care in Clark County School District

National research finds that educational outcomes for children and youth in foster care lag behind their peers. Unfortunately, the landscape in Nevada is similar. For instance, recent data shared by Clark County School District finds that graduation rates and grade point averages are significantly lower for eleventh and twelfth grade students in foster care than their peers.

In September 2014, Justice Nancy Saitta assembled the Blue Ribbon for Kids Commission to look into deficiencies in the child welfare system and courts in Clark County, Nevada, following a series of tragic events and growing public concern. The following year, the Commission established a Public Education Subcommittee to address the challenges faced by students in foster care, particularly high school students. This policy brief evaluates educational outcomes for high school students in care in Clark County School District, and offers several policy recommendations that may be taken under advisement by Nevada’s leaders.

The Costs of Instruction in Nevada's K-12 Public Education System

In Fiscal Year 2015, personnel costs accounted for 80 percent of Nevada’s $4.1 billion education budget. The policy report discusses instruction-related costs in Nevada, trends over time, and some of the drivers of personnel costs. It concludes by offering a series of recommendations for Nevada’s policy makers.

In 2015, the Nevada Legislature established the Spending and Government Efficiency (SAGE) Commission (AB 421) to assess best practices in education and the fiscal management of education funding in the State. The first meeting of the SAGE Commission will address Nevada’s K-12 school facilities. The Guinn Center has prepared a report on Nevada’s K-12 school facilities in which we describe school capital facilities and maintenance needs across the State, discuss financial drivers of school construction costs, and conclude by offering a series of recommendations. 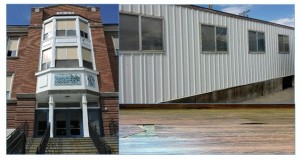 Breaking Up Is Hard To Do: Issues to Address in the Reorganization of the Clark County School District

Nevada has embarked on a process to reorganize the Clark County School District into local precincts by the beginning of the 2018-19 school year. An Advisory Committee and Technical Advisory Committee have been charged with crafting a plan to accomplish this goal. This policy report focuses on five critical issues the Advisory Committee should consider as it drafts the reorganization plan: community based communication, demographic and educational equity, funding equity, education facilities, and governance. (October 2015)

Interactive Maps: Click on the box in the upper right corner of the map below to enlarge and select different maps.

Three major K-12 initiatives approved by the 2015 Legislature include: Read by 3 (SB391), Zoom Schools (SB405), and Victory Schools (SB432). These three programs share many common goals and target similar populations. This policy brief recommends a framework for implementing these efforts in a comprehensive and integrated manner to maximize the impact on student achievement. It also includes specific implementation recommendations for the State Board of Education, Nevada Department of Education, and governing boards of school district and charter schools. (July 2015)

List of Interventions at Zoom and Victory Schools– Updated August 2015

In collaboration with other organizations, the Guinn Center contributed to a recent study examining the potential impact of full-day kindergarten on health outcomes: Full-Day Kindergarten in Nevada: A Health Impact Assessment (HIA). The purpose of the HIA study is to inform the Nevada Legislature as it considers expanding full-day kindergarten. This policy brief links the research and recommendations of the HIA study to legislation pending before the 2015 Nevada Legislature. (May 2015)

Examining Nevada's Education Priorities: Which Initiatives are Worth the Investment?

Governor Brian Sandoval has proposed almost two dozen initiatives to help move Nevada’s education system into the 21st Century. The Guinn Center for Policy Priorities and Nevada Succeeds have co-authored a report that reviews empirical research to analyze which of these proposals are most correlated with improved student outcomes. Based on this review, the report ranks each initiative as high, medium, or low priority. The report finds that efforts to improve education outcomes do not work in isolation and that the quality of implementation is intrinsic to success.  (February 2015)

This fact sheet illustrates the breadth and complexity of the K-12 public school financing system. While the Nevada Plan is the primary source of funding for operations, schools also receive revenue from a variety of local, State, and Federal sources. There is significant variation in funding between school districts and there are funding disparities between school districts and charter schools.

Issues for the Legislature to consider in 2015 include whether the State should move to a formula based on the cost to adequately educate pupils, whether to implement funding weights for specific populations, how to treat categorical funds and outside tax revenue, how to count the number of students, how to phase in implementation of the formula, and what revenue sources should be used for a new funding formula. (February 2015)

School districts throughout Nevada have critical, unmet capital needs and currently have insufficient resources to fund repairs and build new schools. Existing financing tools rely largely on local funding and have not generated adequate revenue in a timely manner. In addition, the existing structure has increased disparities between school districts, given that each district has a different set of funding sources that it can use. This policy brief provides recommendations to expand the financing options available to school districts to meet capital needs. (February 2015)

Testimony on preliminary findings before the Legislative Committee on Education May 28, 2014. Video for the presentation by the Guinn Center and Nevada Succeeds begins at 05:55:43.

How were Nevada K-12 Revenues per pupil Affected by the Recession?

Click on an item in the legend to change the chart.