Deane A. Albright is the senior partner of Albright, Persing, and Associates, Ltd., a large CPA firm in Reno, Nevada, which he founded in 1976. The firm specializes in all facets of accounting, taxation, auditing, and forensic accounting for large and medium businesses, nonprofits and individuals. In addition, Mr. Albright is an investor in several Nevada businesses and venture capital enterprises. Mr. Albright is a member of WIN, EDAWN, and the Reno Chamber Of Commerce. Mr. Albright is currently involved in several organizations that promote Nevada as a place for startup companies highlighting Nevada’s favorable tax environment, lifestyle and cost of living. He is secretary treasurer of the Reno Tech Hub project and played a significant role in working with the business group that attracted Apple Inc. to choose Reno as the site of their new iCloud data center. Mr. Albright is a graduate of the University of Nevada, Reno with a degree in accounting in 1971 and is a member of the Nevada Society of Certified Public Accountants and the American Institute of Certified Public Accountants.

Kathleen Conaboy previously served as Senior Vice President of Museum Advancement at the statewide Nevada Museum of Art. Previously, she was a vice president in the Government Affairs and Advocacy Group at McDonald Carano.  She has nearly four decades of experience in external affairs, specializing in communications and policy development. Previously Ms. Conaboy worked for 25 years in leadership roles in academic medicine in Nevada and Florida. She also consulted with a national firm specializing in accreditation, development of new medical schools, and organizational change in academic medicine and has been a program consultant to several private foundations. Ms. Conaboy has served in leadership roles on multiple local boards. She was named in 2012 by Governor Sandoval to the Nevada Public Charter School Authority and served as the board’s chair for four years. She currently serves on the board of the Guinn Center for Policy Priorities and the Children’s Cabinet Foundation as well as the Renown Health Committee on Quality and Professional Affairs. 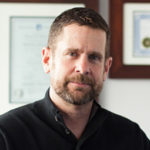 Since founding De Castroverde Law Group with his brother, Orlando, in 2005, Alex de Castroverde has led the firm’s growth from three attorneys to 15, with nearly 50 support staff located in two Las Vegas offices and an office in Reno. The firm focuses on personal injury, immigration, and criminal defense. In 1995, Mr. de Castroverde received his undergraduate degree from the University of Nevada, Reno. He received his J.D. from Nova Southeastern University in 1999. Mr. de Castroverde is extremely active in the Southern Nevada community, serving as a member of the Nevada Justice Association and its membership committee, as well as a Guardian of Justice. He presently sits on the Board of Directors for Cristo Rey St. Viator Las Vegas College Preparatory, is a past Board Member of Latin Chamber of Commerce as well as past president of the Las Vegas Latino Bar Association. Mr. de Castroverde also sits on the board of the UNLV Runnin’ Rebels Club. In 2016, he was selected by the Latino Business Action Network to participate in the Stanford Latino Entrepreneur Leaders Program, a new program for the nation’s leading Latino entrepreneurs. Mr. de Castroverde is happily married to his wife of nine years and is raising three daughters.

Dale Erquiaga is a strategy consultant to several national organizations. Previously, he served as President and CEO of Communities In Schools (CIS), the nation’s largest and most effective dropout prevention organization. He previously served as Nevada’s 27th the state’s superintendent of public instruction and as a key advisor to Governor Brian Sandoval. Mr. Erquiaga worked for the Clark County School District in Las Vegas, Nevada as executive director of government affairs, public policy & strategic planning. He also served as director of the Nevada State Department of Museums, Library & Arts and was Nevada’s chief deputy secretary of state. His private sector experience includes managing a successful consulting practice and helping to lead an advertising firm in both Nevada and Arizona. Mr. Erquiaga holds a bachelor’s degree from the University of Nevada, Reno (UNR) and a master’s degree from Grand Canyon University. He is a fellow with Results for America and the Pahara Institute, and a member of the Leap of Reason Ambassador Community. Mr. Erquiaga is also a board member of the Buck Institute for Education (PBLworks), the National Human Services Assembly, UNR’s Center for Basque Studies, and the Arbola Foundation. The grandson of Spanish Basque immigrants, Mr. Erquiaga is a proud father and grandfather. He divides his time between Las Vegas and Washington, DC.

Tom Gallagher has served as the CEO of a Fortune 500 company, chief administrative officer and general counsel of another such company, chief executive of a private holding company for a well-known entertainment entrepreneur, and as a senior partner in one of the world‘s premier law firms. In his 35-year career as a businessman and lawyer, he has been a trusted adviser to domestic and foreign government bodies and international investors, as well as to elected officials at federal and state levels. Mr. Gallagher founded and currently serves as head of a private real estate development and management firm in Las Vegas. In 2004, Mr. Gallagher was nominated by the Democrats of Nevada‘s 3rd Congressional District to serve in the U.S. House of Representatives. Mr. Gallagher received his JD degree with honors from Harvard Law School and graduated magna cum laude from the College of the Holy Cross.

Dr. Daniel W. Hamilton is the fourth dean of the UNLV William S. Boyd School of Law. He assumed the deanship in July 2013 and joined the Boyd School of Law faculty as the Richard J. Morgan Professor of Law. He joined UNLV from the University of Illinois College of Law where he was the Associate Dean for Faculty Development and Professor of Law and History. Dean Hamilton received his Ph.D. in American legal history in 2003 from Harvard University. He received his J.D. from George Washington University and his B.A. from Oberlin College. Dean Hamilton researches and writes primarily on American property ideology and the legal and constitutional issues raised by the Civil War. He has written numerous articles and reviews on American legal history, including works in Civil War History, the Chicago-Kent Law Review, the Journal of Supreme Court History, the Journal of American History, the Journal of Southern History, the Journal of Interdisciplinary History, the Journal of National Security Law, and the Law and History Review. His book, The Limits of Sovereignty: Property Confiscation in the Union and the Confederacy During the Civil War, was published by the University of Chicago Press.

Pat Hickey is a fourth-generation native Nevadan from a pioneer family in Lake Tahoe. Besides being a successful businessman, he has worked as a journalist and editor for various Nevada news outlets covering the Legislature and Nevada politics. He was elected to the Nevada Legislature in 1997. Mr. Hickey subsequently was elected by his peers as Assembly Minority Leader, where he championed educational reforms, greater accountability, and increased education funding for Nevada schools. In the 2015 Legislative Session, Assemblyman Hickey chaired the Ways and Means Subcommittee on K-12 and Higher Education Funding. Upon his retirement from the Legislature, Governor Brian Sandoval appointed Pat to the Nevada State Board of Education, where served until January 2017.

Dana Lee is a 1988 graduate of Brown University with a B.A. in Art History. In 1993 she received a Master of Arts Management from The School of Public Policy & Management at Heinz College, Carnegie Mellon University. While in graduate school, Ms. Lee worked for the Andy Warhol Museum in Pittsburgh. She later returned to Manhattan as foundation manager for the Solomon R. Guggenheim Museum. Shortly thereafter, Ms. Lee became a consultant for Landor Associates. Her husband, Gregory, led her move to Las Vegas in 1997, where Ms. Lee worked in corporate advertising for Mirage Resorts, overseeing the branding and identity program for Bellagio Resort & Casino. Ms. Lee has served on the boards of The Meadows School, The Webb Schools of California, The Nevada Ballet Theatre, and The Las Vegas Art Museum. She is a founder, board member and past president of The Nevada Women’s Philanthropy, a pooled-fund large impact grant making organization that supports critical needs in Southern Nevada. Ms. Lee currently serves on the boards of Communities In Schools Nevada, The Nevada Women’s Philanthropy, and is a member of Teach for America Las Vegas Valley’s advisory board.

Erin McMullen is Director of Governmental Affairs at Boyd Gaming Corporation. As an attorney specializing in government affairs, Ms. McMullen brings a strong political background and several years of experience to Boyd Gaming. Prior to joining Boyd Gaming, she served as Director of Government and Public Affairs at R&R Partners. Previously, Ms. McMullen served as an associate attorney with the government affairs group of Snell & Wilmer, where she specialized in governmental affairs, political lobbying, and administrative and regulatory law for clients in the insurance, health care, energy, banking, and taxation arenas. She has lobbied full time at the Nevada legislature since 2005, in 6 regular sessions and 8 special sessions. Ms. McMullen is a fifth-generation Nevadan who earned her B.S. in linguistics from Georgetown University, and her J.D. from California Western School of Law. She is a member of the State Bar of Nevada and the American Bar Association, and an appointed member of the Henderson Community Development Block Grant Committee. Ms. McMullen currently serves as the President of the Board of Nevada Advocates for Planned Parenthood Affiliates (NAPPA). She also volunteers her time to Three Square Food Bank, Communities in Schools, and Nevada Humanities.

Chris Roman is a telecommunications, media, and investment consultant. Previously, he served as President and Chief Executive Officer of MundoFox affiliates KMCC-DT Las Vegas and KYVV-DT San Antonio. Prior to heading MundoFox, Mr. Roman held senior leadership positions at Entravision, most recently as the Senior Vice President of Integrated Marketing Solutions. Mr. Roman is an active member of the Nevada community. He previously sat on the board of United Way of Southern Nevada, the Nevada Broadcasters Association, and Nevada Succeeds. He was also an Advisory Board member of UNLV’s Greenspun College of Urban Affairs. In 2017, Mr. Roman was selected to participate in the Stanford Latino Entrepreneurship Initiative (SLEI) Program.

Donald D. Snyder has been involved with UNLV for nearly 30 years as a volunteer or administrator. Prior to his term as acting UNLV president, he served as dean of the UNLV Harrah College of Hospitality and as the university’s executive dean for strategic development. He has been a leader in UNLV’s push to create the new School of Medicine, and he led the planning efforts for a new football stadium. Mr. Snyder played an integral role as chairman of The Smith Center for the Performing Arts. He is also a former member and chair of the UNLV Foundation and chair of the university’s successful $537 million Invent the Future capital campaign. Mr. Snyder has served on the boards of more than 15 public and private companies, numerous local non-profits, and several legislative commissions.

Following his graduation from college in 1969, Mr. Snyder began a successful banking career and later co-founded Bank of Nevada (originally called BankWest of Nevada). He served as President of Boyd Gaming from 1997-2005. Additionally, Mr. Snyder presently serves on the boards of the Guinn Center for Policy Priorities, The Smith Center (Chairman), Nathan Adelson Hospice (past Chairman), and the UNLV Foundation (past Chairman). Snyder also chairs at the Transportation Resource Advisory Committee. His past board service includes the Las Vegas Convention & Visitors Authority, Nevada Resort Association, American Gaming Association, United Way of Southern Nevada, Nevada Development Authority, and Council for a Better Nevada. Snyder is a cum laude graduate of the University of Wyoming (1969), with a Bachelor of Science degree in Business Administration.  Snyder and his wife, Dee, have been married for more than 46 years, and have three children and three grandchildren.