What Is the Economic Forum?

The Economic Forum meets in December of even-numbered years to provide forecasts for the unrestricted revenue portion of the General Fund. That forecast is binding on the Governor’s Recommended Budget for the upcoming biennium. The Forum meets again in May of odd-numbered years, during the Legislative Session, to submit revised projections for the General Fund’s unrestricted revenue. These forecasts are binding on the Legislatively Approved Budget. Two additional meetings—one in December (odd-numbered years, e.g., 2021) and June (even-numbered years, e.g., 2022)—are held to update the status of actual General Fund revenues relative to forecasted amounts.

The forecasts rely on global, national, and statewide economic indicators. The Economic Forum projects expected revenue for each statutorily-required source that is deposited in the General Fund. These revenue sources may be subdivided further into two categories: major General Fund revenues and minor, or non-major, General Fund Revenues. The distinction between major and non-major General Fund revenues is important, as members of the Economic Forum’s votes on each major revenue source are carried out on an individual basis, whereas non-major revenues are grouped together for a single vote.

What Is the Economic Outlook for Nevada?

Unemployment remains a challenge for the Silver State. At more than eight percent, it is still historically high. Insofar as the recession remains concentrated in the leisure and hospitality sector, it is the Las Vegas area that is driving unemployment in the state. Most counties have relatively normal (i.e., pre-pandemic) unemployment rates, while the unemployment rate in Clark County is nearly nine percent.

Nevertheless, optimism about the prospects for Nevada’s economy was in evidence at the May 2021 meeting of the Forum. Even with a comparatively high unemployment rate in southern Nevada, the state has begun to recover from the worst of the COVID-19 pandemic. Shored up by federal relief and stimulus packages, spending – rather than income – was disrupted, albeit asymmetrically across the population. However, those who experienced – and still may be experiencing – short- and long-term unemployment largely were “made whole” through provision of federal relief money, which helped to mitigate some of the income effects. For those who remained employed, spending decreased primarily as a result of shutdowns and other restrictions, such as that on travel. For this latter group, pent-up demand, coupled with the loosening of restrictions, could translate into increased spending, as people begin to patronize food and drinking establishments, take vacations, and more. Widespread availability and mass distribution of COVID-19 vaccines has accelerated the pace of recovery.

The Economic Forum revised its overall forecast upwards slightly between December 2020 and May 2021, accordingly. Unrestricted General Fund Revenue, net of Commerce Tax credits and other tax credit programs, is projected to be about $9.1 billion for the upcoming biennium (that is, Fiscal Year [FY] 2020 and FY 2021). The forecast is roughly $586 million higher than the December estimates, for a 6.9 percent increase. For comparative perspective, at the May 2019 meeting of the Economic Forum, the forecast increased by $11.4 million (0.1 percent) over the December 2018 projections. In fact, the upward revision represents an increase of roughly $247 million (2.8 percent) over the General Fund amounts approved in May 2019 for the current biennium.

Table 1 presents the Economic Forum’s General Fund revenue projections for the upcoming biennium, by source, at the summary category level, for December 2020 and May 2021. Between December 2020 and May 2021, the Economic Forum projected increases for all but one tax category, the live entertainment tax. Some of the upward revisions are considerable. For example, the total sales and use tax, which makes up the largest share (30.2 percent) of the General Fund, as shown in Figure 1, increased by $205.1 million (7.9 percent) between the two forecasts. Likewise, the total modified business tax (MBT), which comprises the second-largest share of the General Fund (16.9 percent) increased by approximately $119.0 million (8.2 percent), and total gaming taxes, which make up the third-largest share of the General Fund (16.5 percent), increased by more than $88.1 million (6.1 percent).

As noted, the total live entertainment tax (LET) was revised down by about $2.9 million between December 2020 and May 2021 for a 1.6 percent decrease.

Of non-tax revenue, only total other revenue (e.g., Hoover Dam revenue, miscellaneous sales and refunds, etc.) decreased across the two forecasts, and even then, only slightly ($41,791; 0.0 percent). Licenses, fees/fines, and use of money and property were revised upward.

Before tax credits, major funds represent 82.5 percent of the Economic Forum’s forecasted General Fund revenue for the 2021-2023 biennium. Figure 2 displays the Economic Forum’s major General Fund revenue projections, by source, for the December 2020 forecast and the May 2021 forecast. The major funds generally reflect the forecasts in the revenue summary categories, as some are the largest sources of revenue in those categories, while others constitute the categories in their entirety. The forecast for LET–Gaming remained unchanged over the two forecasts, while LET–Nongaming was revised down. The decrease to total LET, as shown in Table 1, thus is attributable to the LET–Nongaming downward revision. While MBT–Mining Businesses is projected to be lower than that forecasted in December 2020, upward revisions to MBT–Nonfinancial Businesses and MBT–Financial Businesses more than offset the difference, leading to the overall increase in total MBT (see Table 1). In sum, only two major funds – LET–Nongaming and MBT–Mining Businesses – were revised downward, and just one, LET–Gaming, did not change. The remainder were revised upward. Specifically:

Overall, major General Fund revenues are approximately $37.7 million higher than what was forecasted at the December 2020 meeting of the Economic Forum, for a 17.9 percent increase.

What Are the Implications for the Budget?

The Governor’s Recommended Budget for the 2021-2023 biennium amounts to approximately $31.4 billion, across six funding sources: the General Fund, the Federal Fund, the Other Fund, the Highway Fund, Interagency Transfer, and Balance Forward.

Prior to the May 2021 meeting of the Economic Forum, operating appropriations from the General Fund comprised roughly 27.7 percent of the total budget, at more than $8.9 billion for the 2021-2023 biennium. More than half a billion dollars in unrestricted General Fund revenues potentially is available to legislators as they close out agency budgets during the 81st (2021) Legislative Session. But it should be noted that there is a distinction between General Fund revenue and what is available for expenditure (i.e., operating appropriations), and that will factor into decision making. Some stakeholders hope that the spending cuts enacted under Assembly Bill (AB) 3 during the 31st (2020) Special Session might be rolled back, though there are competing priorities throughout Nevada. Nearly $3 billion in federal funds is expected to be distributed to Nevada – that is, to state government alone – under the American Rescue Plan Act (ARPA) of 2020, but how its budgetary uses are yet to be determined. Much remains uncertain, but the upward revision to the unrestricted General Fund forecast, coupled with an infusion of federal dollars, may provide a cushion as Nevada continues to recover economically from the pandemic. 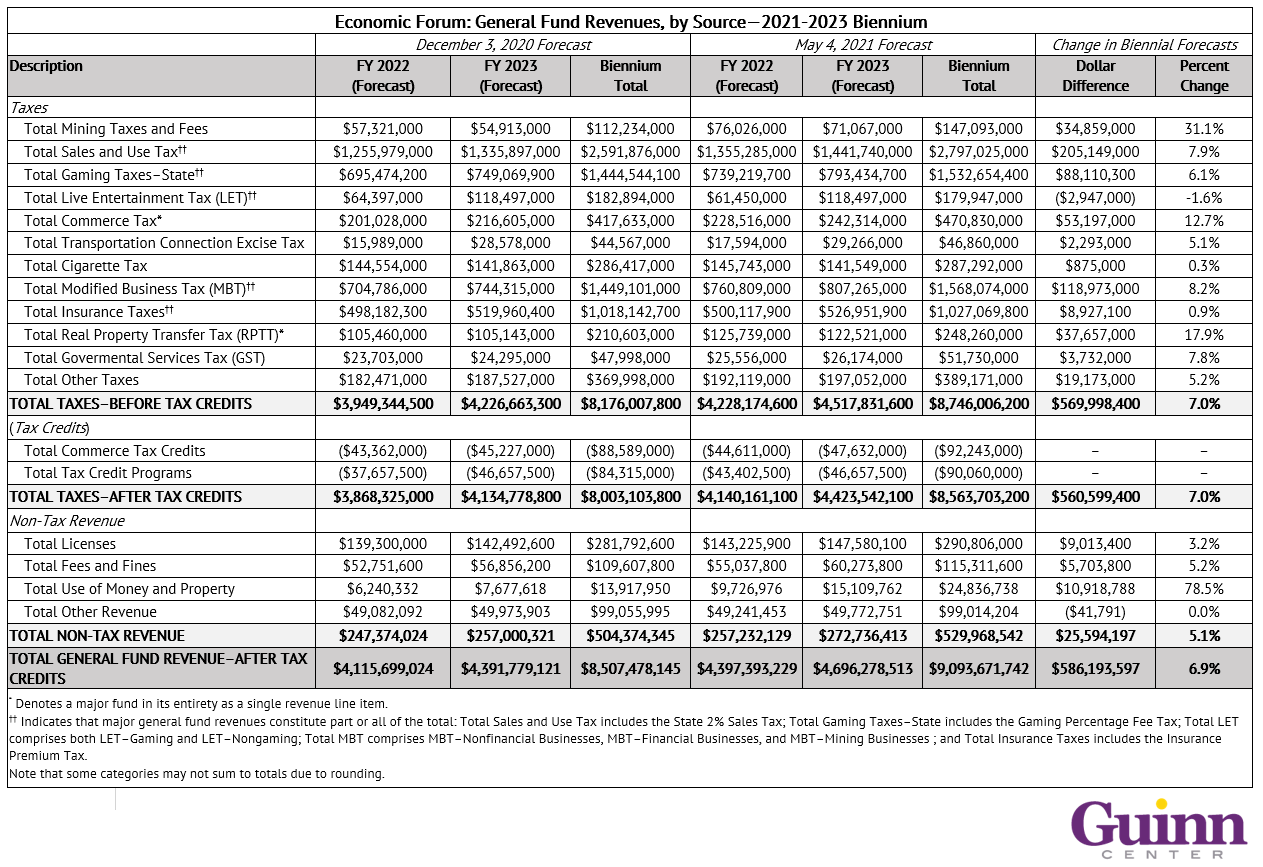 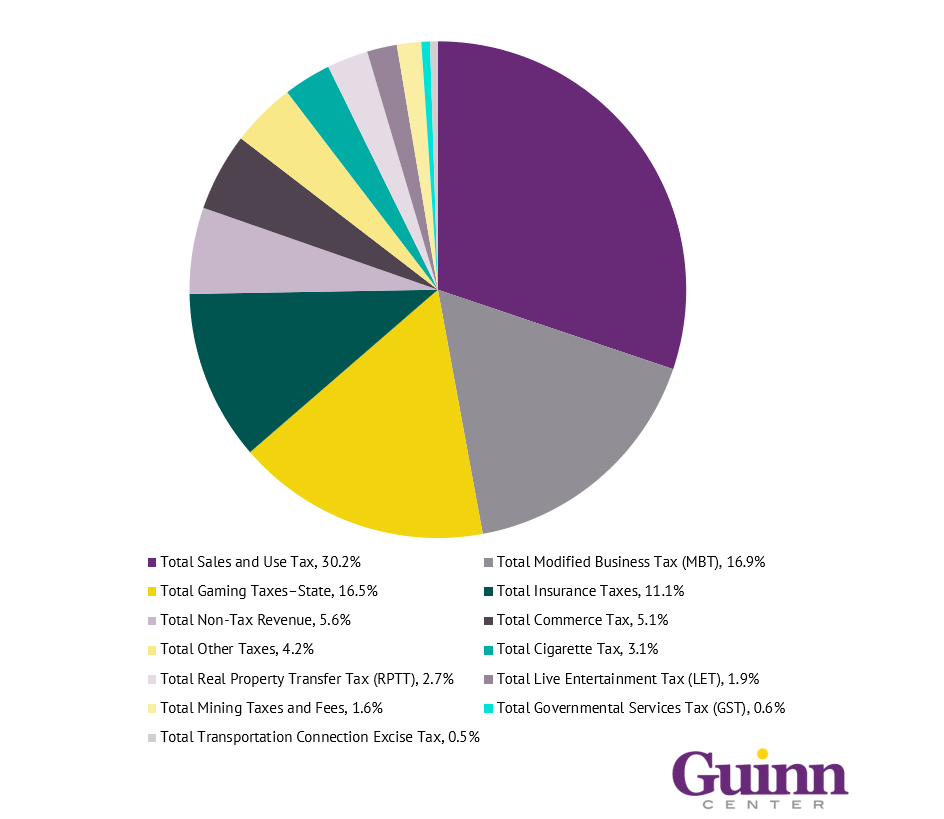 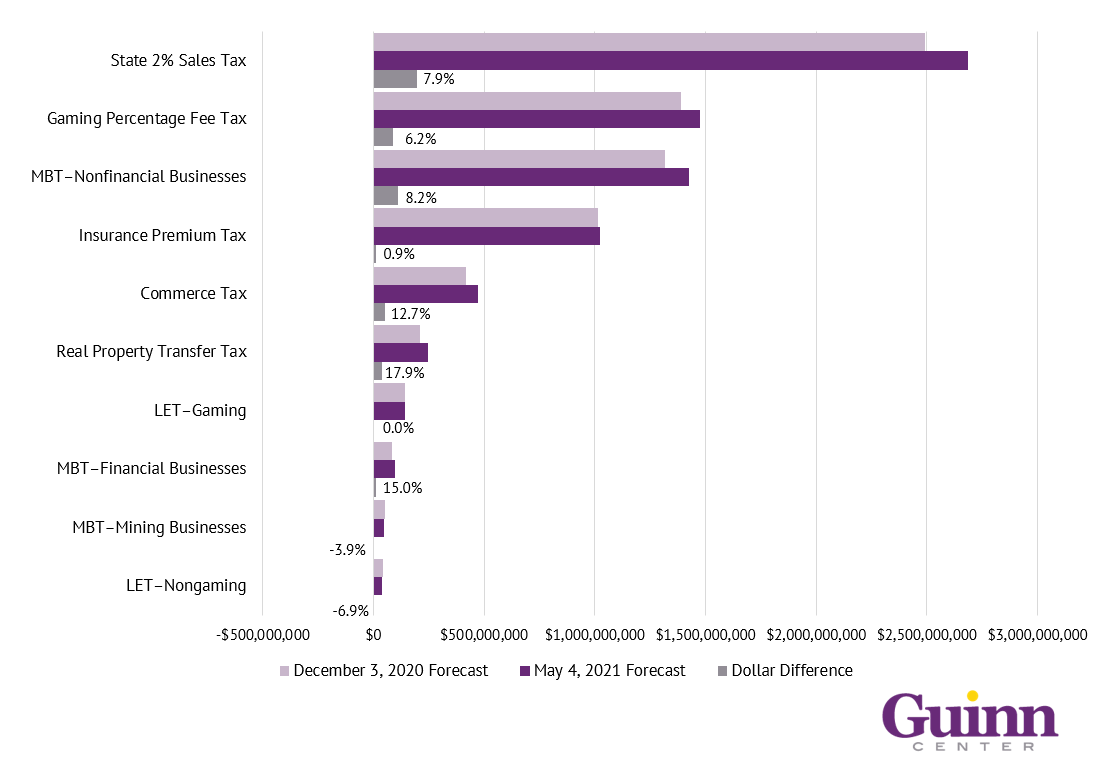