Property tax is one of the most significant sources of K-12 education financing within states. In Nevada, property taxes supply budgetary support for local governments, such as school districts. While local jurisdictions have some discretion in setting property tax rates, there are legal constraints on rate setting for school districts. In particular, Nevada law requires that 75 cents per $100 of assessed valuation of the combined property tax rate must be levied for school operating costs. This rate cannot vary by school district. The Silver State’s primary funding mechanism for K-12 education is called the Nevada Plan, which establishes a basic support guarantee for each school district. Property tax revenues collected from one-third of the school tax operating rate are guaranteed by the State by virtue of being inside the Nevada Plan. Revenues realized from the two-thirds are retained by the school district as they are not part of the guarantee. 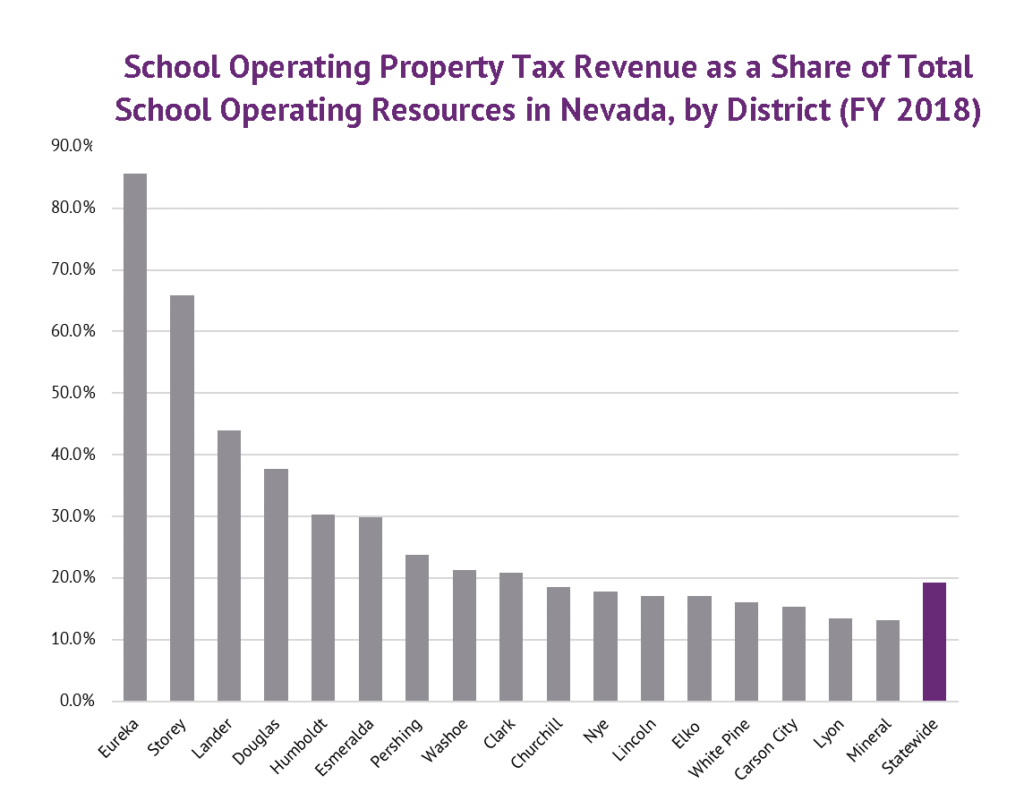 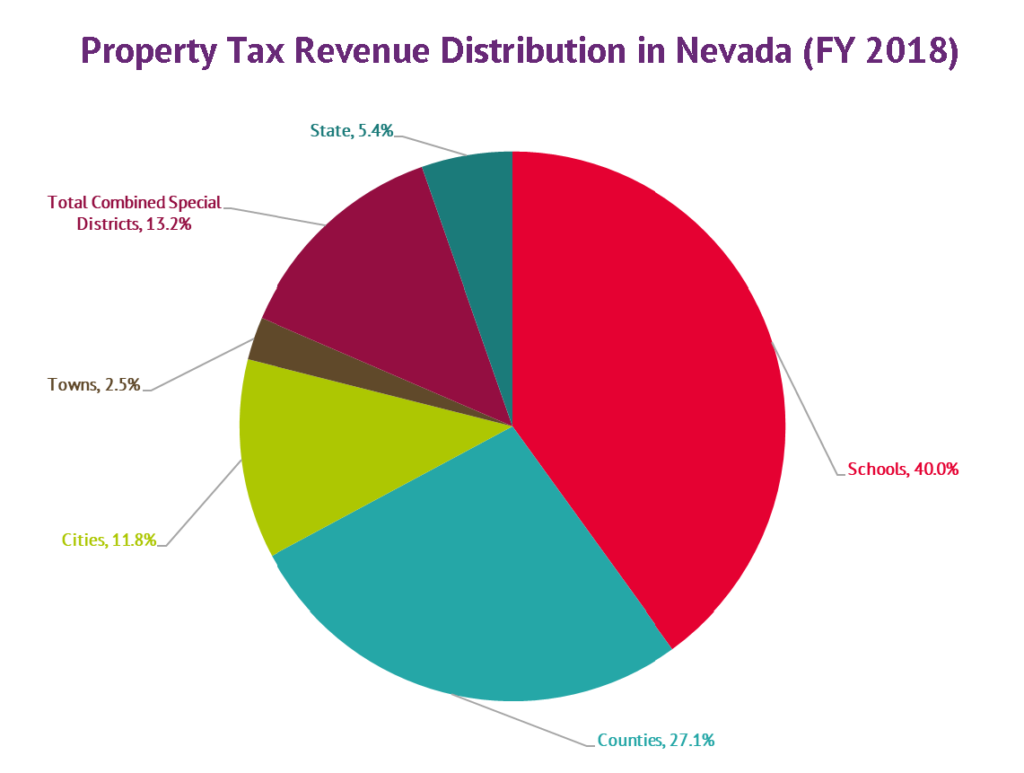 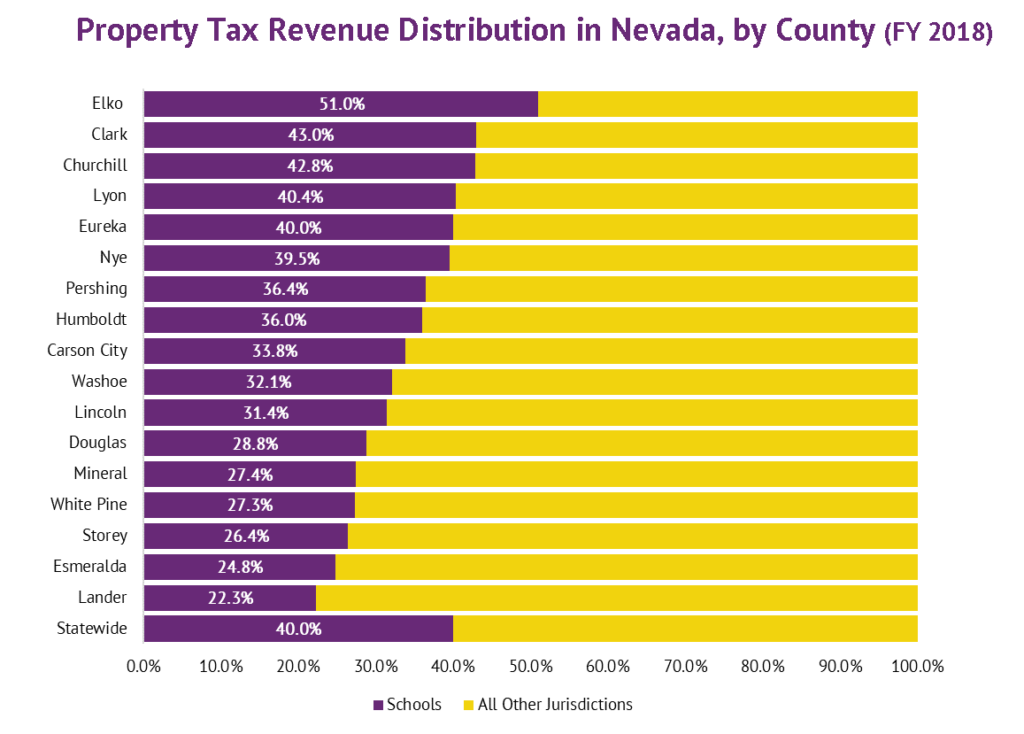 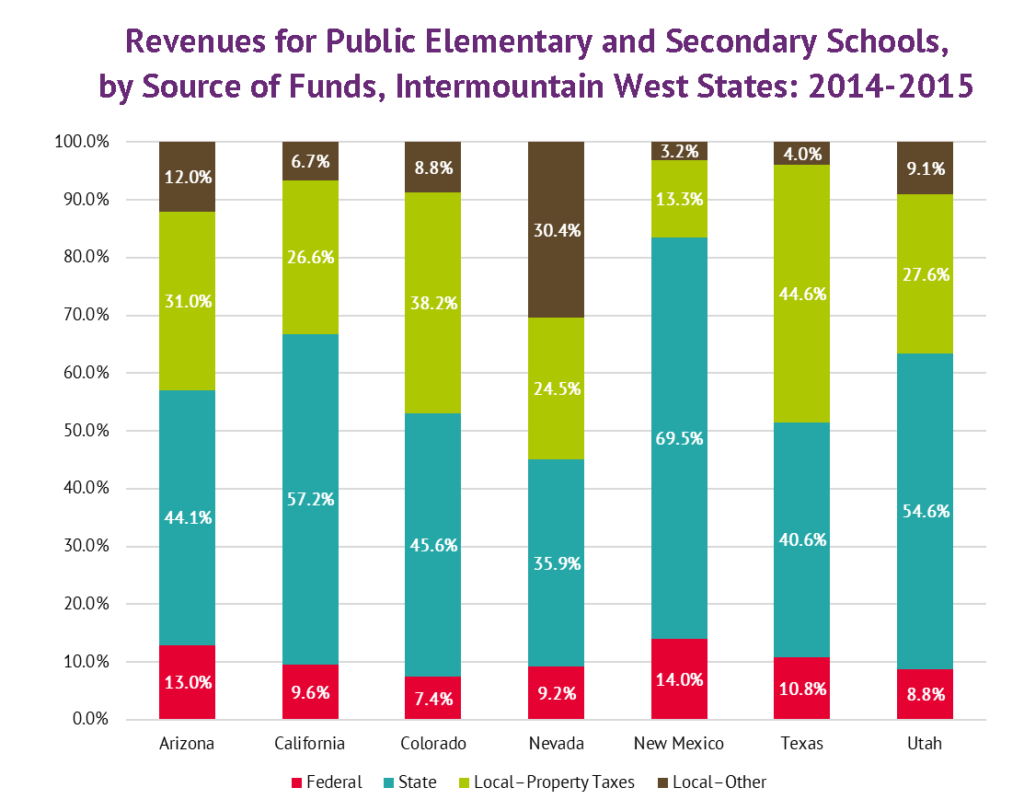 Nationwide, Nevada is one of the least dependent states on property taxes as a source of local school revenue, though it is one of the most dependent of all states for local revenues to finance elementary and secondary school education. Local revenues ($2.5 billion) in Nevada comprised a majority share of all school revenues in 2014-2015 at 54.9 percent. By way of comparison in the Intermountain West, the next-highest state, Texas (48.6 percent) did not contribute a majority to all revenue from local resources; nor did Colorado (47.0 percent), Arizona (43.0 percent), Utah (36.7 percent), California (33.3 percent), and New Mexico (16.5 percent).