This set of infographics provides both a broad-based overview of budgetary sources and spending and a detailed account of revenues and proposed expenditures. You can find a pdf version of the infographics here:  Guinn Center Nevada Budget 2019-2021 Infographics 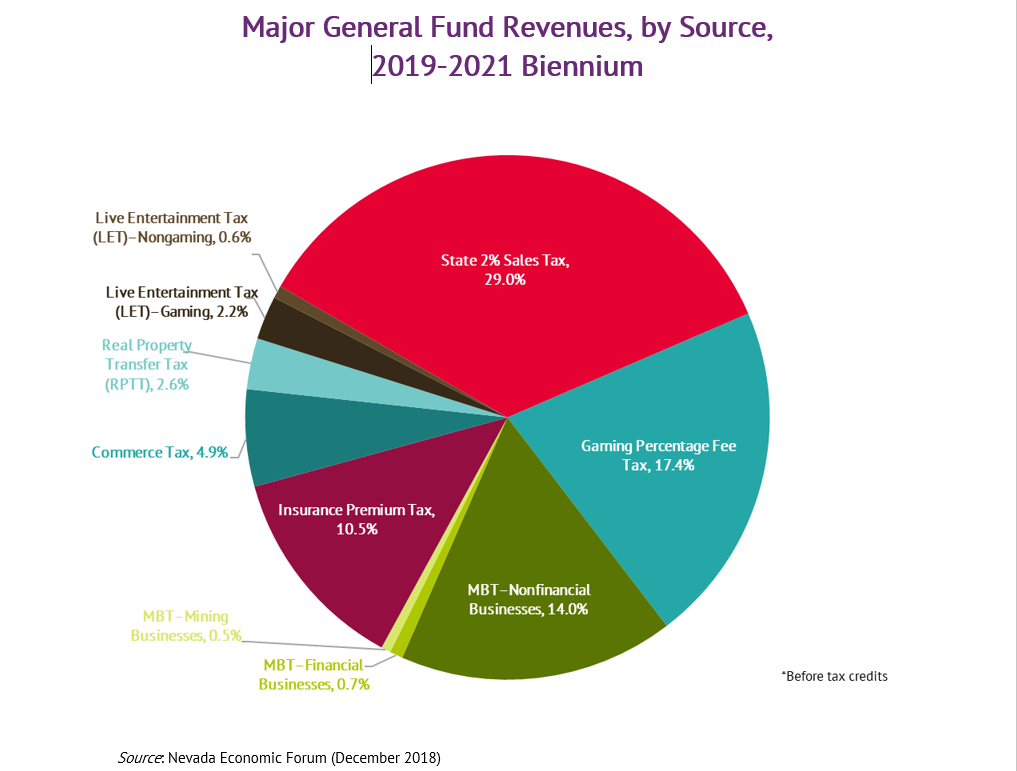 Nevada’s General Fund revenues are derived from several sources. Sales and Use Taxes make up the largest source of revenue in the General Fund and the “State 2% Sales Tax” the largest major fund source, at approximately $2.6 billion over the biennium, for 29.0 percent of the total. It is followed by the Gaming Percentage Fee Tax (17.4 percent; approximately $1.6 billion). Combined (and before tax credits), these two taxes account for almost half (46.4 percent) of General Fund revenues. The MBT–Non-financial Business Tax accounts for (14.0 percent ($1.3 billion) of the General Fund revenues, the Insurance Premium Tax accounts for 10.5 percent ($950.7 million). All other major General Fund revenues represent 5 percent or less of the total, with the Commerce Tax (enacted in 2015) at 4.9 percent, followed by the RPTT (2.6 percent), the LET–Gaming Tax (2.2 percent), and then the MBT–Financial Businesses Tax, the LET–Nongaming Tax and the MBT–Mining Businesses Tax at less than one percent each. 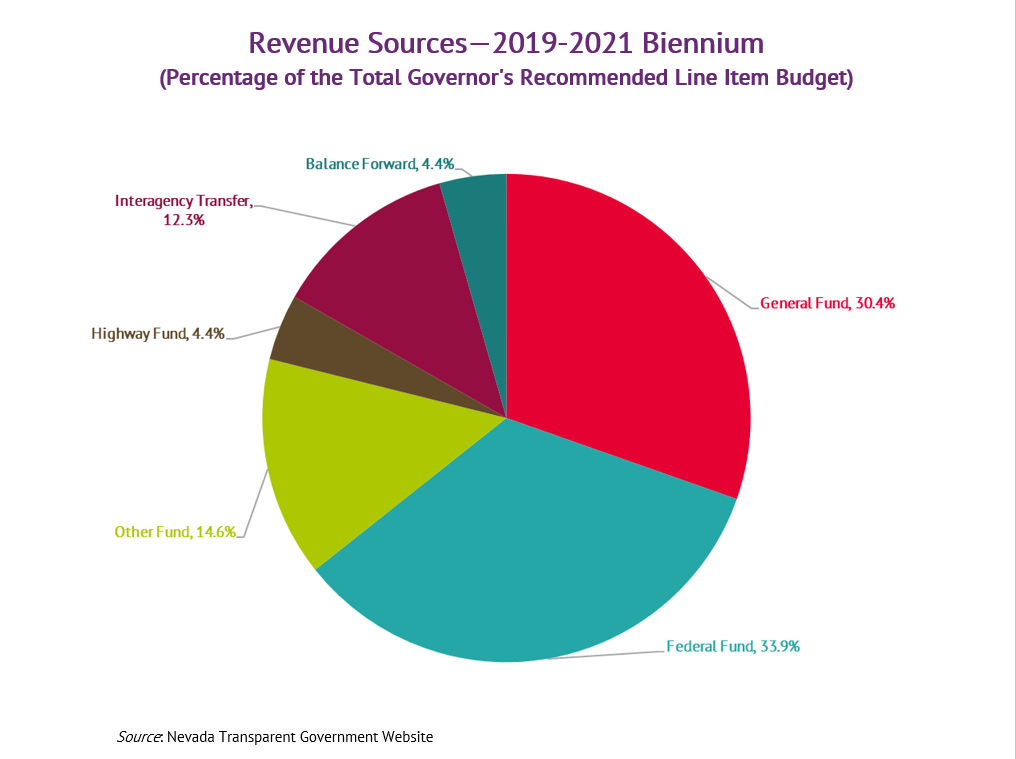 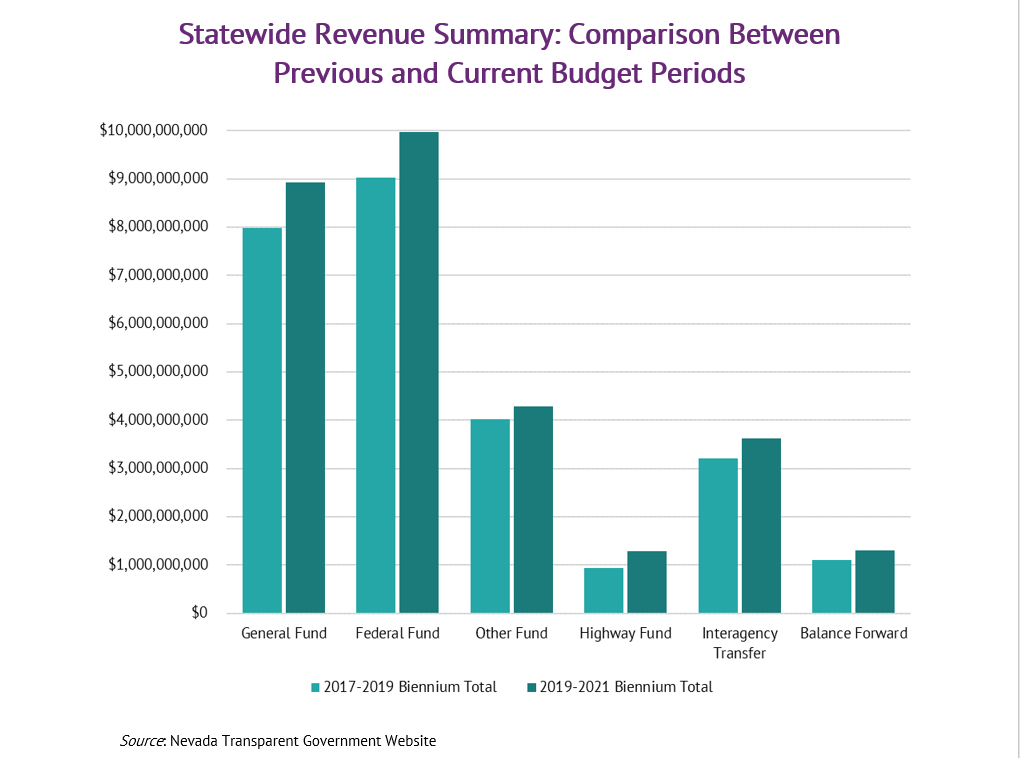 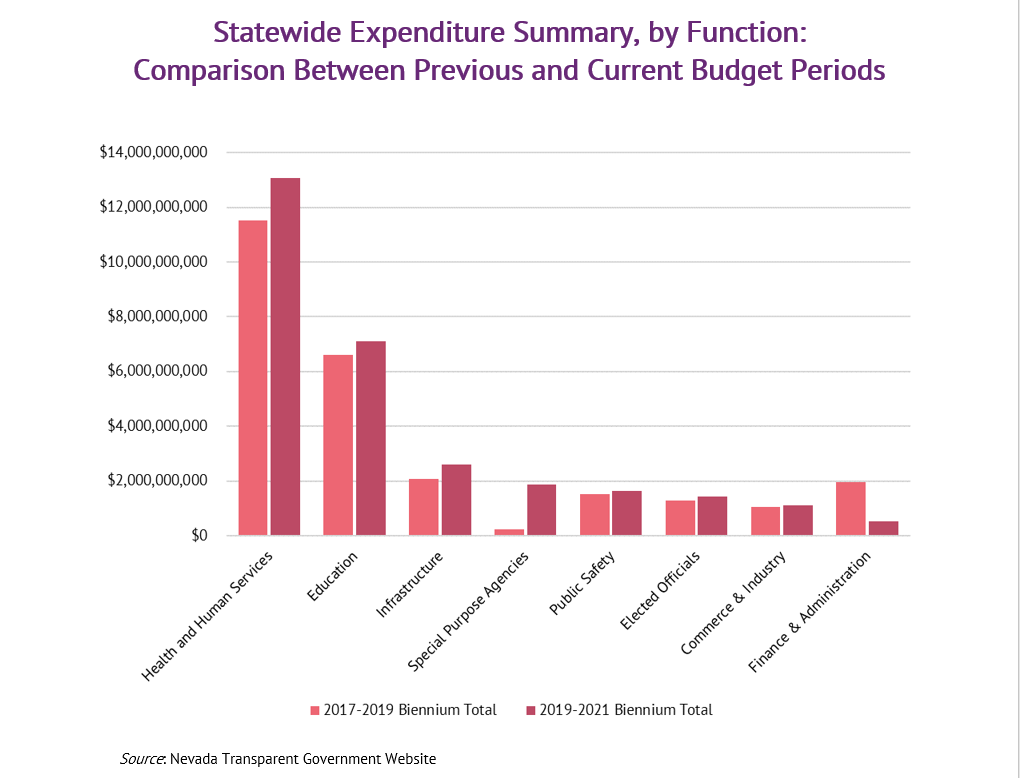 The Governor’s Recommended 2019-2021 budget reflects a roughly 11.8 percent increase over the 2017-2019 (legislatively approved) budget. Core governmental functions effectively summarize departmental funding and are required by law under priorities- and performance-based budgeting. There are eight core functions of government that correspond to 38 departments. The biggest areas of expenditures are in the core functions of health and human services ($13.1 billion, roughly 44.5 percent of the budget), education ($7.1 billion, or about 24.2 percent of budget), and infrastructure ($2.6 billion, around 8.9 percent of the budget). Special purpose agencies increased by 701.1 percent over the 2017-2019 biennium, while finance and administration decreased by 73.3 percent, which is the result of a departmental/programmatic reclassification to the former from the latter. 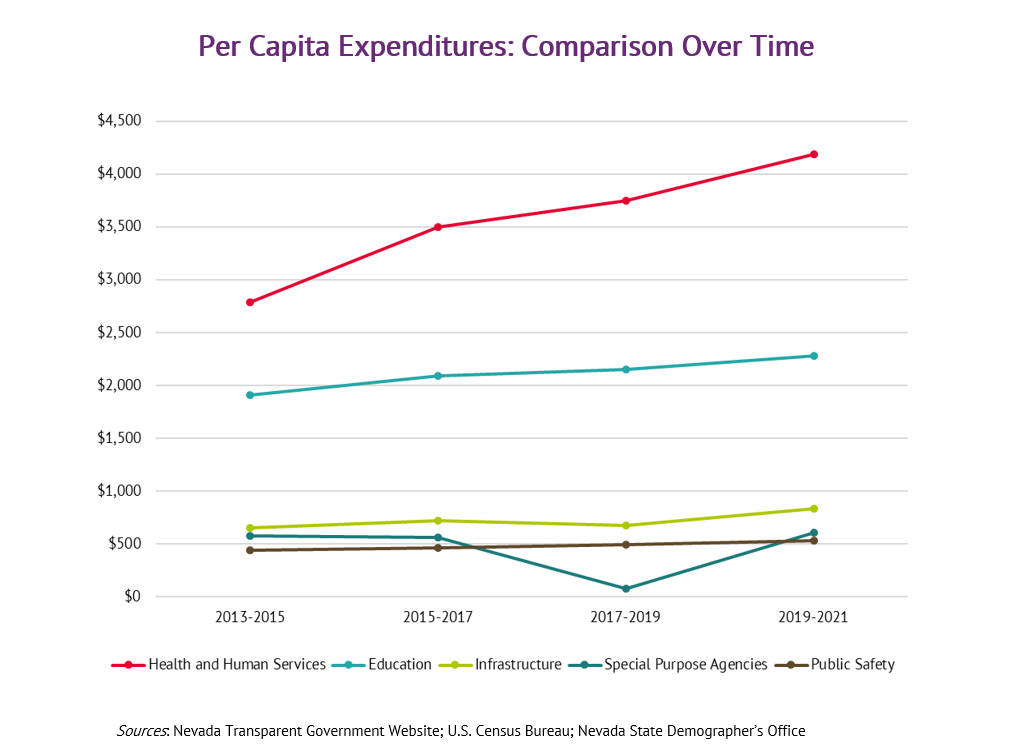 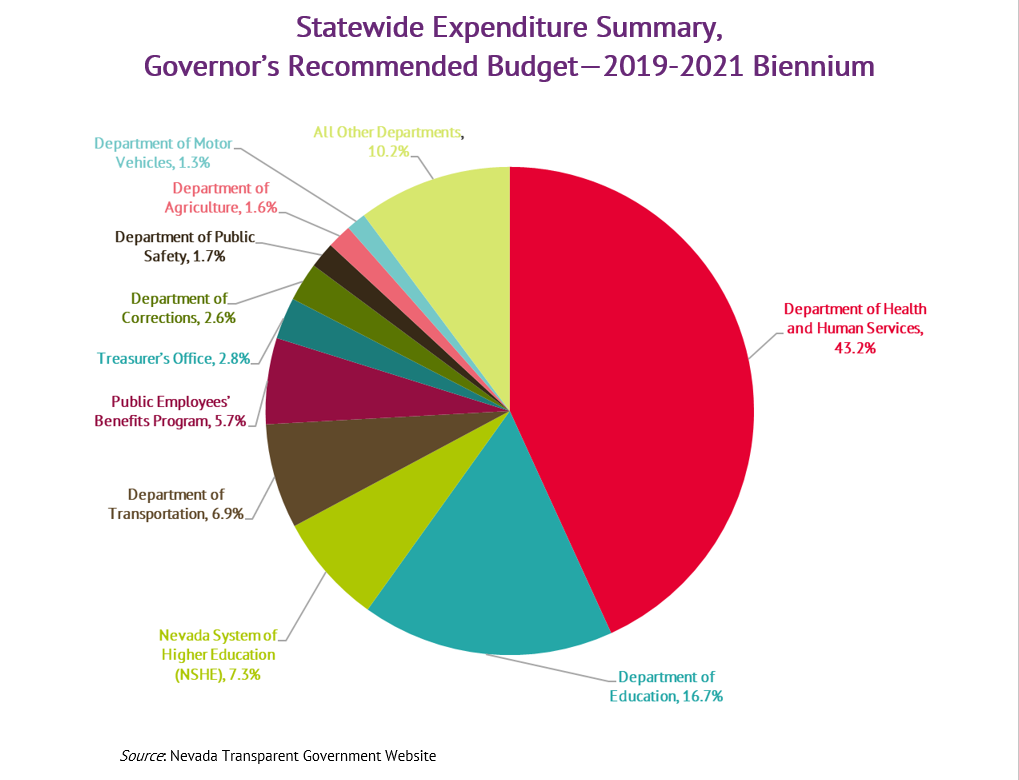 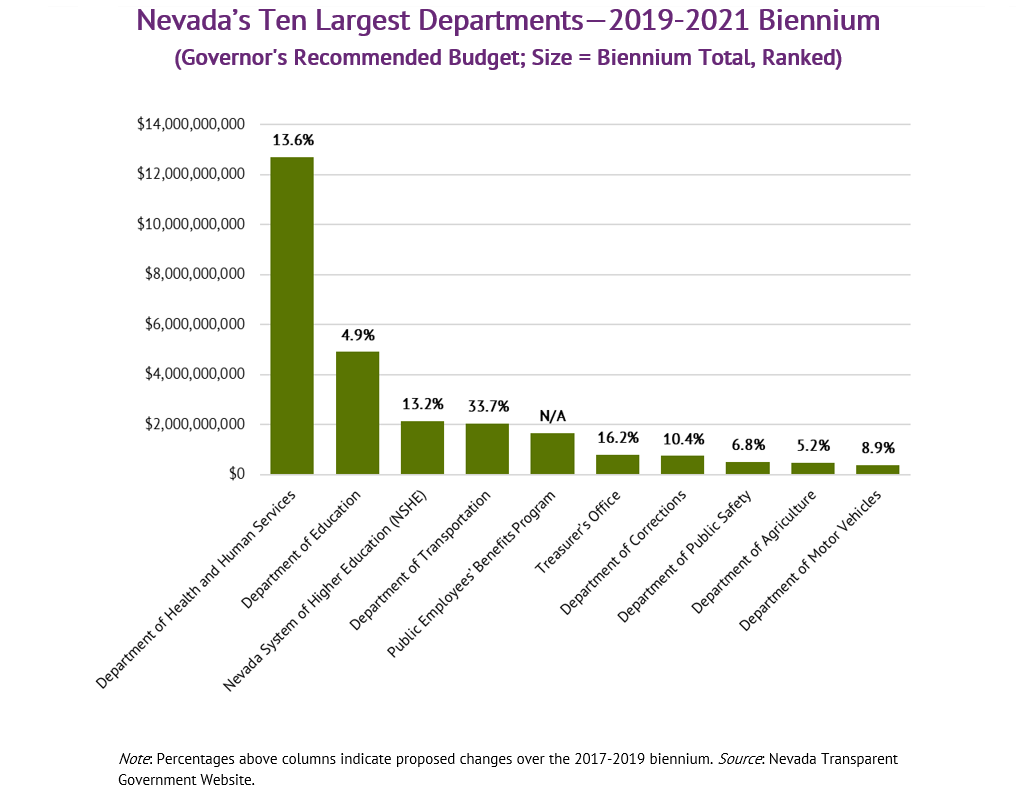 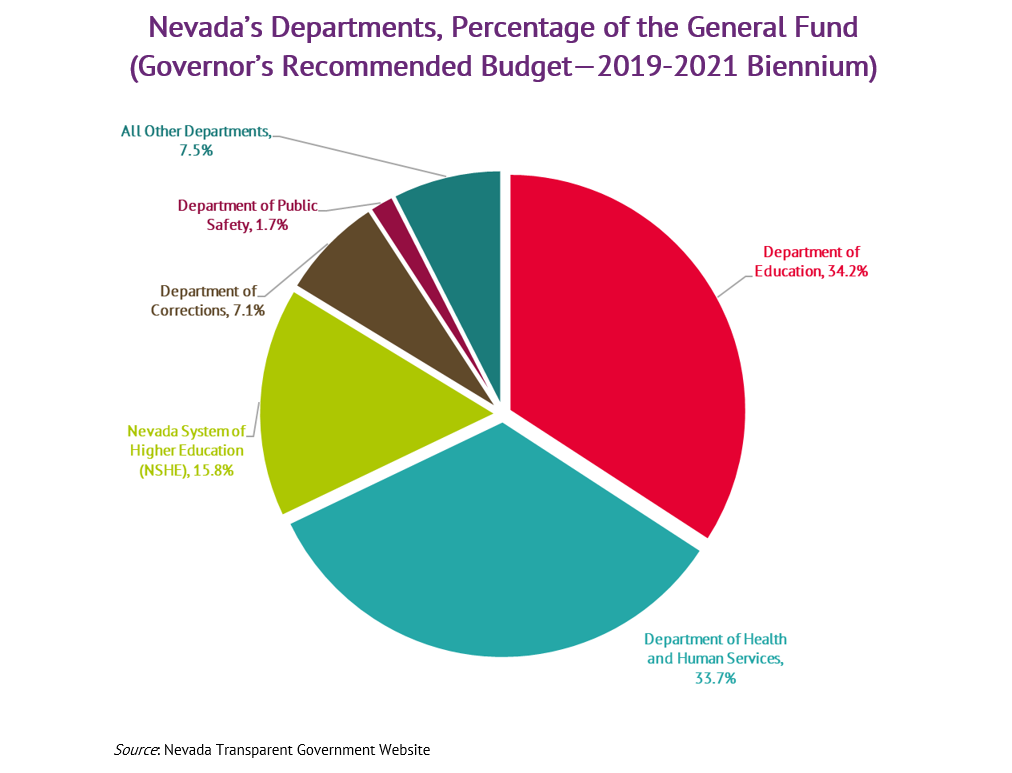 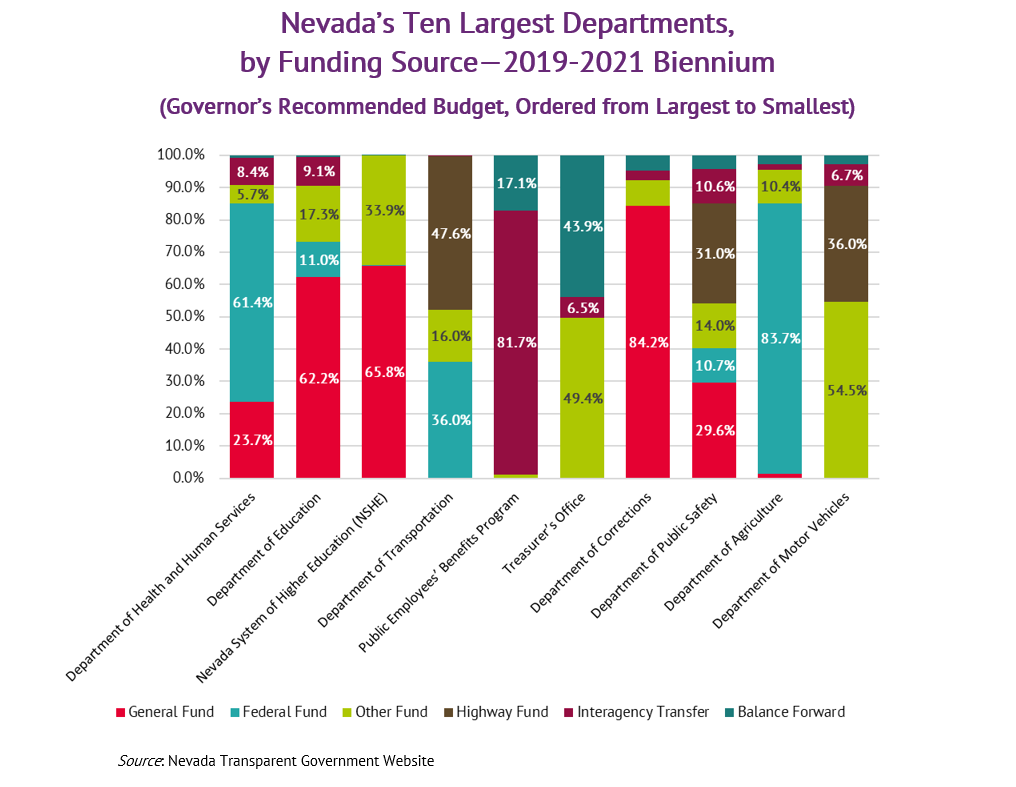