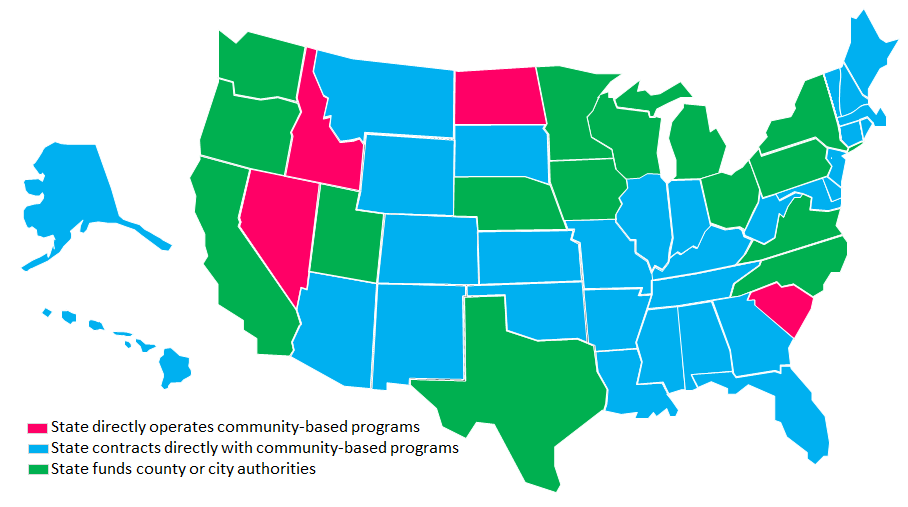 While Nevada is one of only four states that directly operate community-based services for mental health, most states do not provide a substantial role for local governance. In the majority of cases (31 states), the state contracts with providers. Of these, 20 states provide services on a regional basis. In the minority of cases (15 states), the state has devolved authority to local public agencies to directly operate community-based programs or contract out for these services. These states give counties and cities the option to group together on a regional basis. Large urban counties tend to form a single region while smaller, more rural counties tend to group together. 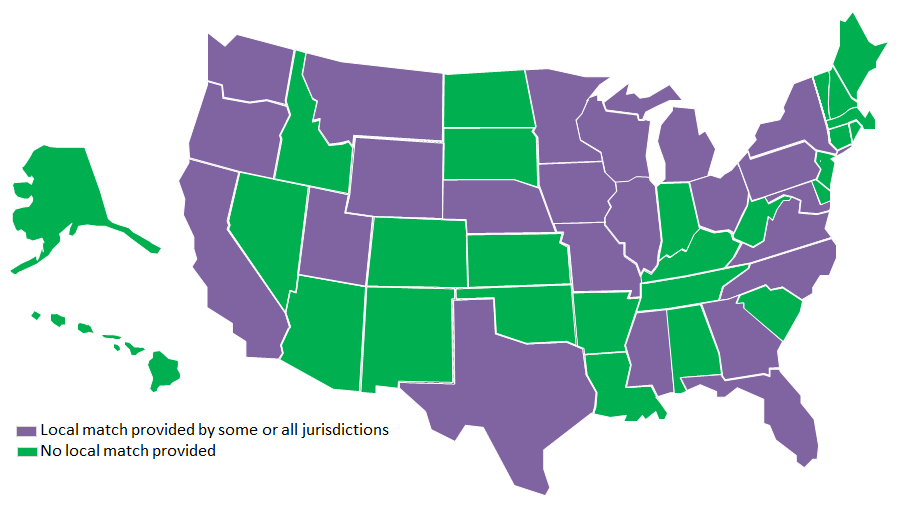 Twenty-five states use local funding to provide behavioral health services but only 15 states require a local match. A match requirement creates an incentive for local governments to ensure that funds are spent efficiently and effectively and to encourage collaboration with other agencies. Several of the states we studied have an option for cities and counties to approve a local tax specifically for mental health. However, not all jurisdictions are successful in adopting these taxes. Local governments also sometimes contribute general funds for behavioral health but these funds usually come only from large or prosperous counties. Because not all jurisdictions have taxes in place, there are disparities between counties and within regions. 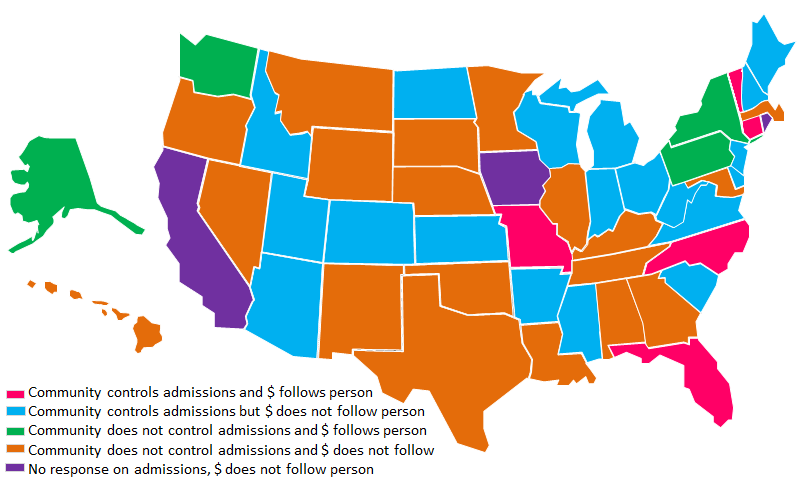 Hospital Admissions and Provisions for Money ($) to Follow Client to Community

Hospital psychiatric care is the most expensive type of care that can be provided. States have tried various options to create incentives to reduce hospital care and provide less expensive services in the community. Two strategies used by states include: (1) allowing a community agency to control hospital admissions; and (2) creating programs where money follows the person from the hospital into the community. Simultaneous use of both strategies can help create a structure that reduces hospital use and encourages more appropriate and less costly care options. However, success of these measures depends on a variety of factors, including the amount of funds available for alternative services, availability of support services, and the ability of community agencies to coordinate with hospitals. 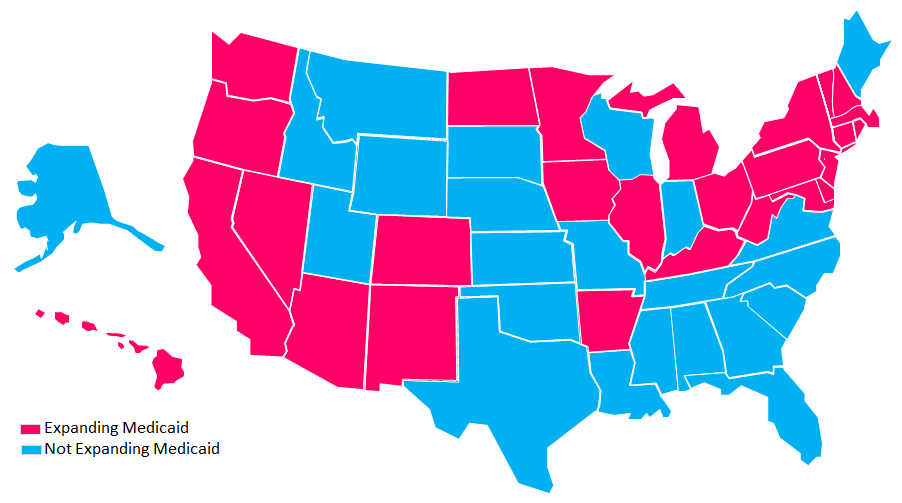 Nationwide, 27 states have expanded Medicaid eligibility under the Affordable Care Act of 2010, while 23 states have not. Effective January 1, 2014, the law allows states to expand Medicaid eligibility to individuals under 65 years of age with incomes up to 133 percent of the federal poverty level (plus 5 percent for an income disregard). This allows states to provide Medicaid coverage for low-income adults without children who were not previously covered. Coverage for the newly eligible adults will be fully funded by the federal government for three years, phasing down to 90% by 2020. States that did not expand Medicaid have unique eligibility requirements.