Nevada System of Higher Education (NSHE) Chancellor John V. White recently presented a report to the Board of Regents and the public on the state of higher education in Nevada. The report, which compared Nevada to states with similar population sizes (i.e., Arkansas, Kansas, Mississippi, and Utah), highlighted the struggles NSHE schools have faced in recent years—both in funding and in student achievement. In this comparison, Nevada often came up last—or nearly last in a variety of categories.

In addition, Nevada’s community colleges have low graduation rates and transfer-out rates, as the Guinn Center reported in July. Table 1 illustrates these two rates at the state’s two-year schools:

Table 1: Graduation and Transfer-Out Rates at Community Colleges in Nevada

As White noted, the percentage of Nevada residents who have obtained an associate’s or bachelor’s degree or higher remains far below the national average, as shown in Figure 1 (taken from the NSHE report).

Figure 1: Percent of Adults Ages 25-64 with an Associate’s or Bachelor’s Degree (or Higher) 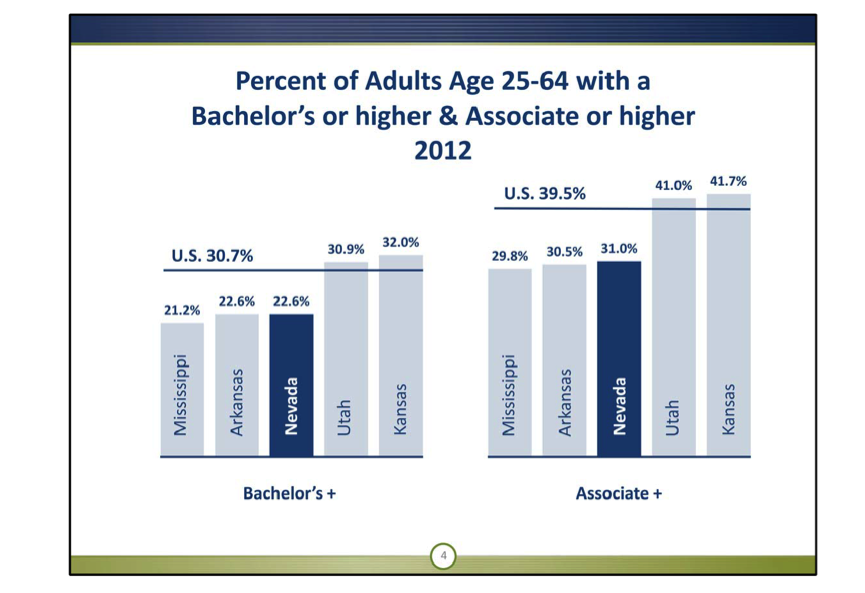 Beyond graduation rates, enrollment numbers at both two- and four-year schools are declining even while Nevada’s population is growing. The State has the sixth strongest growth rate in the U.S., with a growth of 7.05 percent between 2000 and 2015, according to data from the U.S. Census Bureau. Moreover, overall enrollment in two- and four-year colleges is increasing across the U.S.

“It is apparent that Nevada has too few students in higher education,” White said. 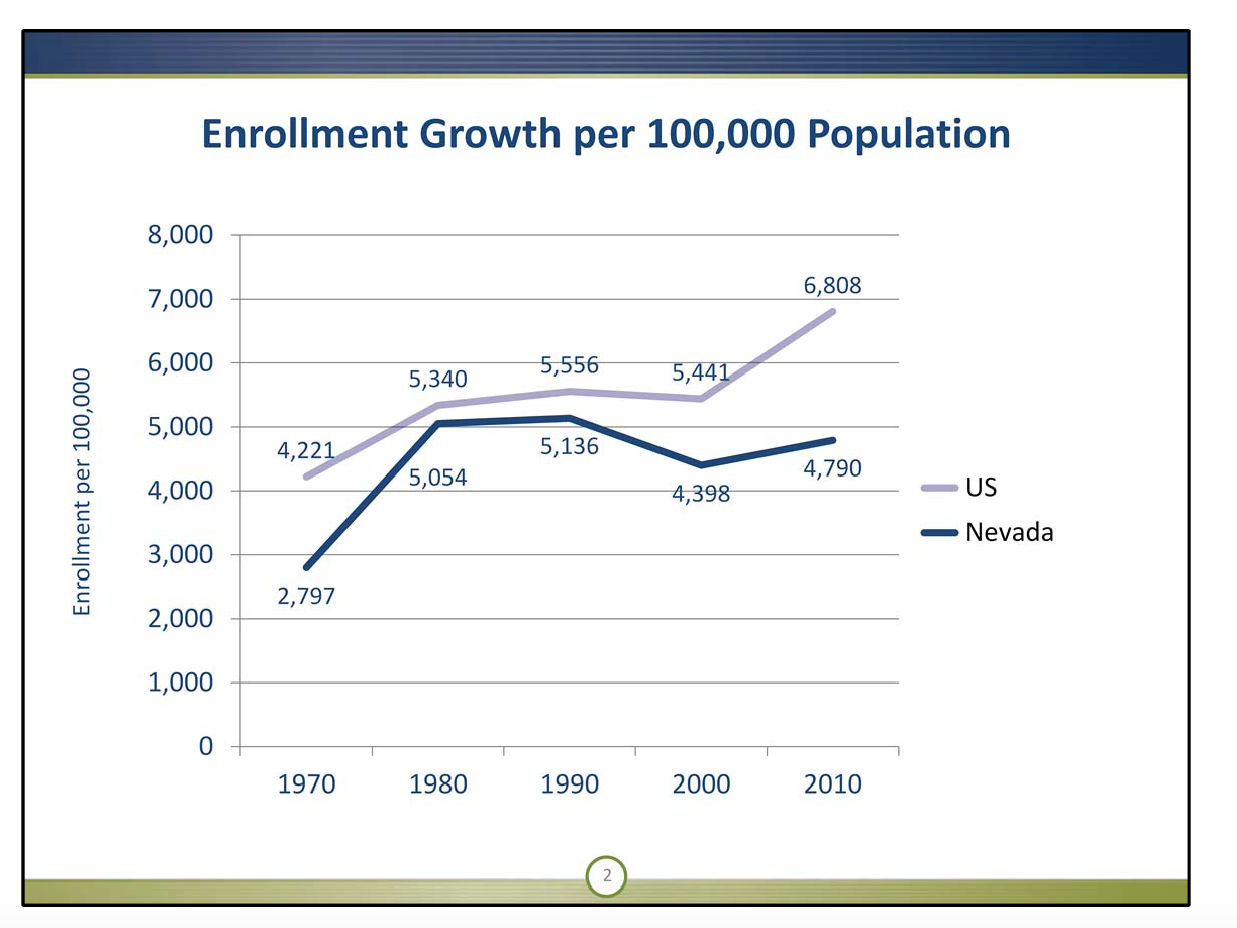 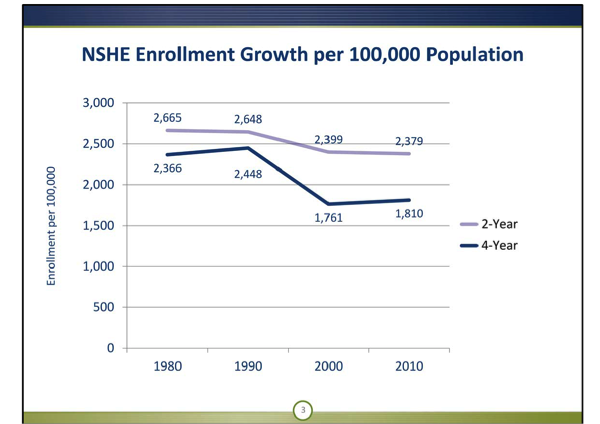 In terms of funding for higher education, NSHE reports that Nevada ranks 44th nationally for support of higher education per $1,000 of personal income and 39th in the percentage of the state budget going to higher education. Among the comparable states, Nevada ranks last in these two categories, despite having a much higher household incomes than Arkansas, Kansas, Mississippi, and Utah.

Further exacerbating the funding problem for NSHE is that much of the spending relies on non-state sources, despite low levels of research expenditures. Only one of the state’s four-year colleges, University of Nevada, Reno, is considered a top-tier research institution by U.S. News & World Report metrics.

The Chancellor also discussed several other barriers to success that NSHE schools face, including: high student-faculty ratios, which makes it difficult for faculty to do work outside of their teaching responsibilities; the teacher pipeline problem for K-12 public schools; and the lack of college and career readiness among high school students.

To help address the challenges faced by NSHE schools and Nevada’s education system, and to encourage higher rates of high school completion and enrollment in NSHE institutions, legislators may want to consider the following: