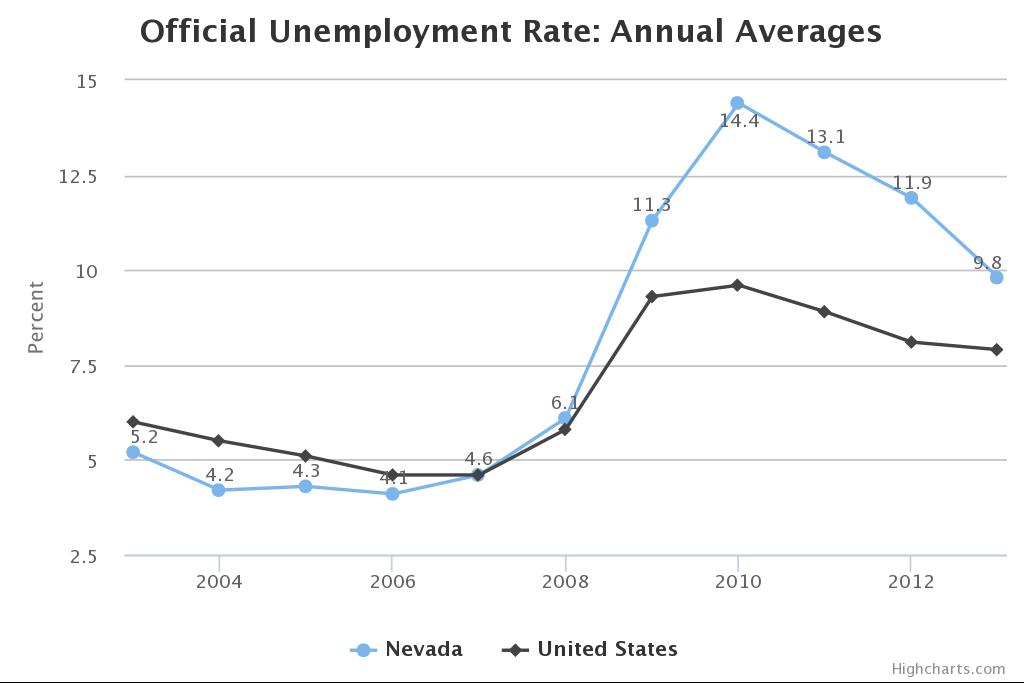 Many people who have been unable to find work are left out of the standard, official unemployment rate. The U.S. Department of Labor’s Bureau of Labor Statistics collects data on several alternative measures of unemployment. The most comprehensive measure is called U-6. It includes the total unemployed, plus all marginally attached workers and total employed part-time for economic reasons. Marginally attached workers are persons not in the labor force who want and are available for work, and who have looked for a job sometime in the prior 12 months (or since the end of their last job if they held one within the past 12 months), but were not counted as unemployed because they had not searched for work in the 4 weeks preceding the survey. Discouraged workers are a subset of marginally attached workers.

Figure 2 shows annual averages for Nevada and the United States for the U-6 measure from 2003 through 2013. While the patterns in the graph are similar to Figure 1, the percentages are much higher. At its peak in 2010, the rate for U-6 was 23.6 percent in Nevada and 16.7 percent for the nation. In 2013, Nevada’s rate was still 18.1 percent, which far surpasses the rate of 7.6 percent in 2007 before the Great Recession. 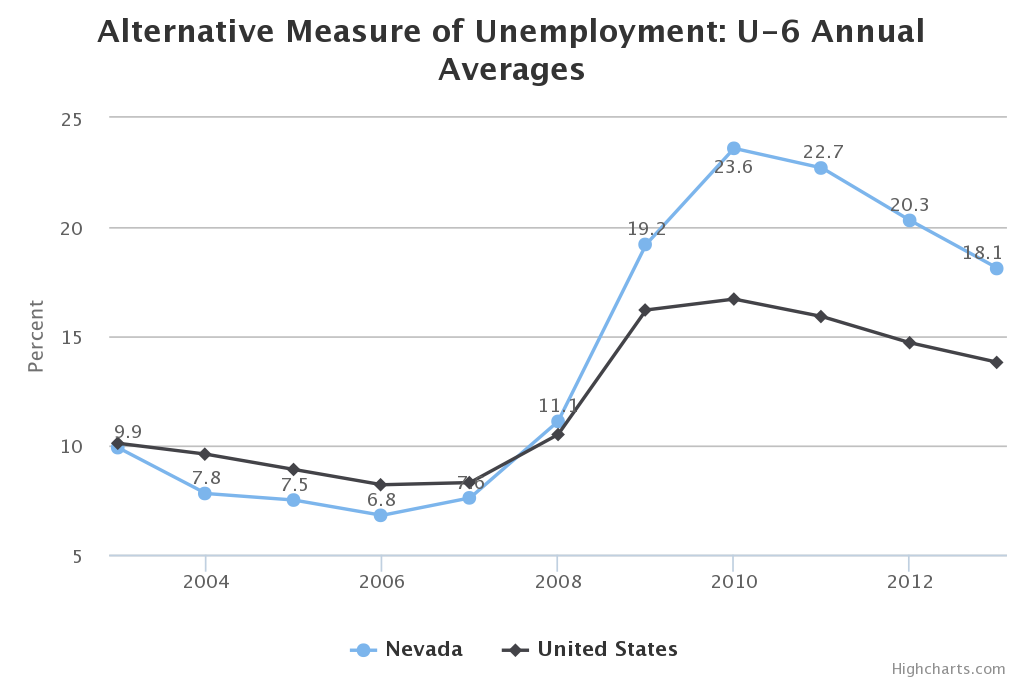 This alternative measure of unemployment (U-6) reveals Nevada’s vast untapped workforce, and illustrates the continued need to create jobs and to ensure that there is alignment between worker skills and employer needs. As Nevada works to diversify its economy through the work of the Governor’s Office of Economic Development, it is imperative that workers have the 21st Century skills that employers demand. The Guinn Center for Policy Priorities is currently doing research in the area of economic and workforce development. Upcoming policy reports will emphasize the state of Science Technology Engineering and Math (STEM) education in Nevada and other economic development issues.