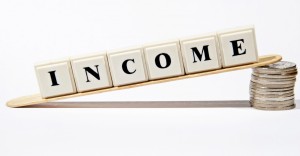 A report from the Pew Charitable Trusts ranks Nevada last among all 50 states in personal income growth since the Great Recession. While the report, which analyzed data from the U.S. Bureau of Economic Analysis, finds that personal income in all states is now above pre-recession levels, Nevada’s growth was just 0.1 percent for over the period 2007-2015, lower than the national average growth rate of 1.6 percent and lower than other states in the Intermountain West.

Figure 1 shows the personal income growth for all states in the Intermountain West.

Nevada is one of only five states with reported growth rates below 1.0 percent. The others are: Illinois with 0.5 percent, Maine with 0.8 percent, Arizona with 0.9 percent and Connecticut with 0.9 percent.

According to the study, 22 states in total had personal income growth higher than the 1.6 percent national rate. Oil-producing states had the fastest growth rates. North Dakota had a 5.1 percent growth rate, the highest in the county, followed by: Texas with 3.1 percent, Alaska with 2.8 percent, Oklahoma with 2.4 percent and Colorado with 2.2 percent.

Falling housing prices and a massive decrease in construction activity statewide are to blame for the slow recovery in Nevada, the report says. Not only did the Silver State have the slowest growth, but it was also the last to reach pre-recession levels, arriving there in mid-2015. 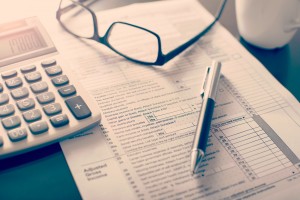 The report lists Nevada and several other Western states as having the fastest inflation-adjusted growth rates in the country. Figure 2 lists the states with the highest growth rates in personal income. Most of these states are located in the West.

States that had the lowest inflation-adjusted growth rates in personal income (North Dakota, -3.2 percent; Iowa, 0.4 percent; Wyoming, 0.5 percent; and South Dakota, 0.5 percent) were affected by declining earnings in the farming and mining industries.

The Pew Charitable Trust report emphasizes that economic recovery has been uneven across the country. The steady increase in the national growth rate since 2007 masks the volatility in personal income from year-to-year. In addition, 21 states, including Nevada, are collecting less tax revenue, after adjusting for inflation, than at any point before or during the recession. Nevada is also one of 22 states with an employment level lower than the pre-recession rate.

While the data, especially the 5.0 percent inflation adjusted growth in personal income last year, suggests that Nevada is slowly rebounding from the recession, more work needs to be done not only to continue supporting economic growth but also to protect residents from the damaging effects of market volatility and future economic downturns.

Some possible measures to help improve the personal income growth rate in Nevada:

(Small businesses located in the geographic area that encompasses parts of downtown Las Vegas, unincorporated Clark County and North Las Vegas will be able to apply for the technical assistance provided by the Nevada Grow Program.)