Every Spring, 3rd to 8th grade students in Nevada as well as several other states gather around computers to take the Smarter Balanced Assessment. This test, often referred to as the SBAC, is the (partial) basis upon which elementary and middle schools are awarded points in the Nevada School Performance Framework (NSPF). Students take both a Mathematics and English Language Arts (ELA) assessment, with scores reported separately. Nevada began using the SBAC in 2015, but because of a testing irregularity, the first year of valid results was 2016. While not every state uses the SBAC to measure student achievement, ten other states, in addition to Nevada, have used the SBAC from 2016 to 2019: California, Connecticut, Delaware, Hawaii, Idaho, Michigan, Montana, Oregon, Vermont, and Washington.

Analyzing the SBAC data from Nevada and the other 10 states (with data pulled from the respective states’ education data portals), the Guinn Center noted several trends and compared how Nevada performed against other SBAC states – an important task considering Nevada has declared its primary education goal is to become the fastest improving state in education. At the time this blog was published, all SBAC states had reported their 2018-2019 results except for Vermont.

1) cohorts of students at each grade level, in every SBAC state, are less proficient/capable than the cohort of students behind them, or

2) the mathematics standards that are tested at each grade level become more rigorous each year, resulting in a consistent decline in proficiency rates.

We believe the second explanation better fits the data – math is hard. 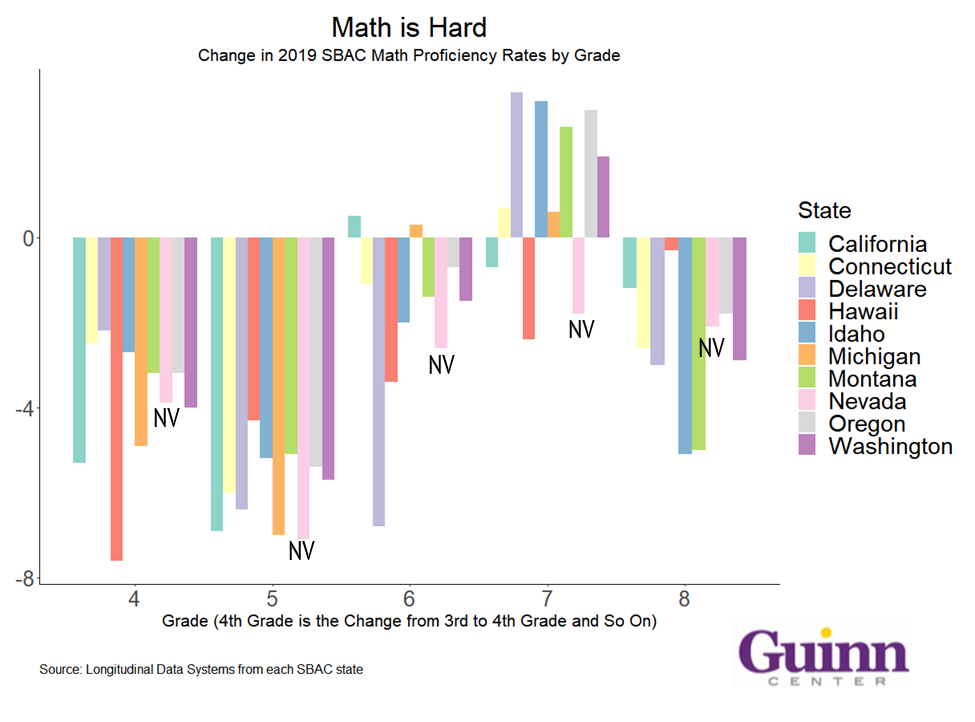 Figure 2 presents a similar analysis using the ELA portion of the SBAC assessment. Using the same data and procedures as above, we note that students in most grades experience increases in ELA proficiency. However, the two grades that this does not occur in are 6th and 8th grades. What is most interesting is that these increases (decreases) in proficiency are experienced nearly universally across grades in all SBAC states. This would suggest something is occurring universally in both 6th and 8th grades that is pulling proficiency rates down. We propose the following two potential explanations: 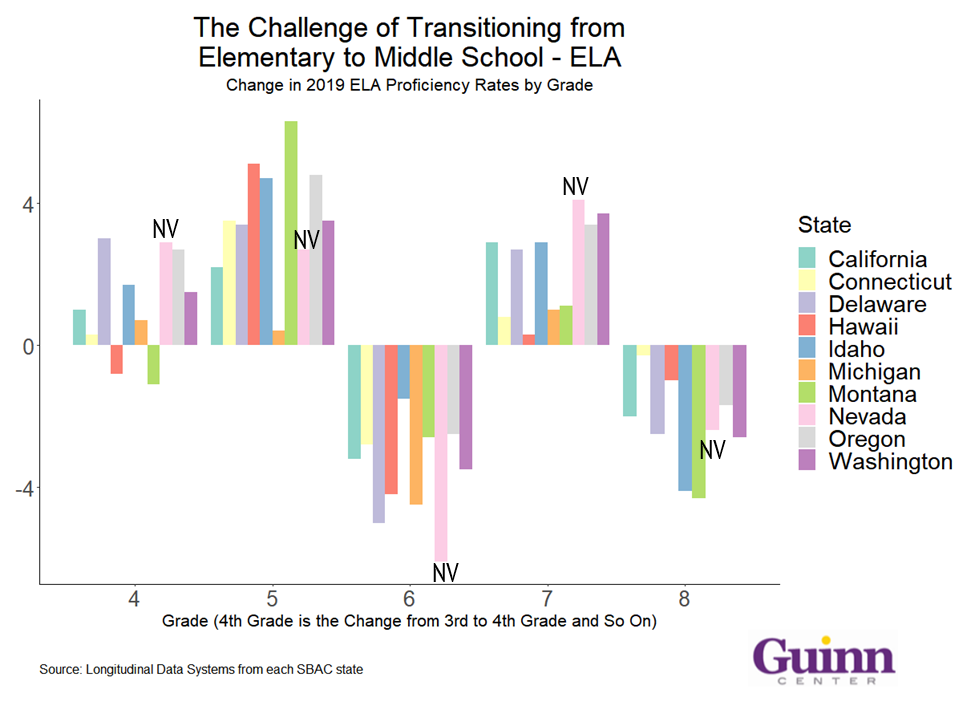 Turning to Nevada, specifically as it relates to the transition from elementary to middle school and the impact on ELA results, Figure 3 suggests that while Nevada has the third lowest 5th grade ELA proficiency rates of the SBAC states, it also has the largest decline in grade level proficiency in 6th grade. This leads us to conclude that the transition from elementary to middle school is difficult for students but appears especially difficult for students in Nevada.

Figure 3: A Closer Look at the Impact of the Transition to Middle School 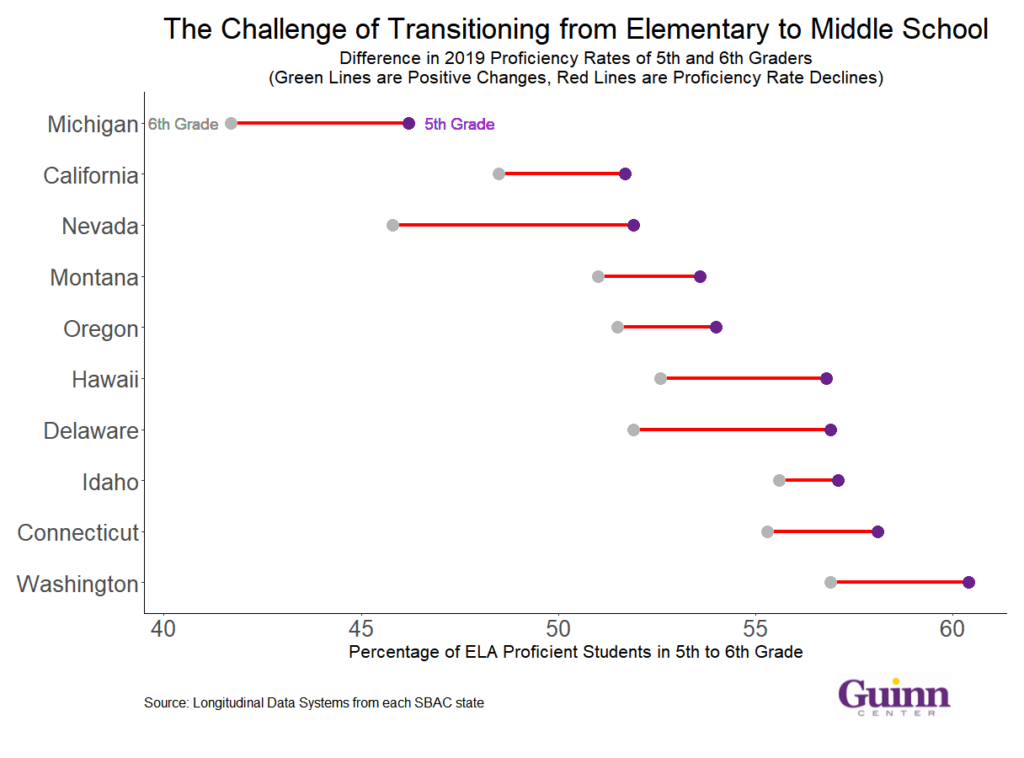 Some additional interesting findings include:

These findings suggest two policy research agendas, one for school districts/state departments of education and one for the SBAC assessment.

For School Districts/State Departments of Education – Seek to understand why the transition to middle school is so detrimental to student achievement and put in place supports to lessen the impact of that transition. This is especially important in Nevada, which has the largest decrease in ELA proficiency rates from the 5th to 6th grade.  We applaud recent efforts at Clark County School District to pilot new programs at a selection of its under-performing middle schools.

The stakes of the SBAC assessment are high for both students and the districts that serve them. Because of this, it is important to both understand the difficulties students have with the content, as well as to ensure that the cut scores determining grade-level proficiency are set appropriately.