by Marianna A. Zapata

Last September, President Donald Trump announced his decision to rescind the Obama-era Deferred Action for Childhood Arrivals (DACA) Program. DACA allowed qualifying Dreamers to defer their deportation for up to two years by applying to either work or attend institutions of higher education in the United States (U.S.). In reference to the 2001 Dream Act that Congress failed to pass, Dreamers refers to a category of undocumented immigrants between the ages of 15 and 36 that illegally migrated to the U.S. as young children. President Trump’s initial plan to phase out the DACA program enacted a strict deadline for current applicants to reapply by March 5, 2018. Approximately 132,000 individuals out of the eligible 154,000 undocumented beneficiaries renewed their applications. Since the program’s creation is 2012, DACA has enabled more than 13,000 Dreamers to defer their deportation. In response to President Trump’s announcement of a deadline, 1,660 young adults reapplied out of 2,140 eligible beneficiaries in Nevada. 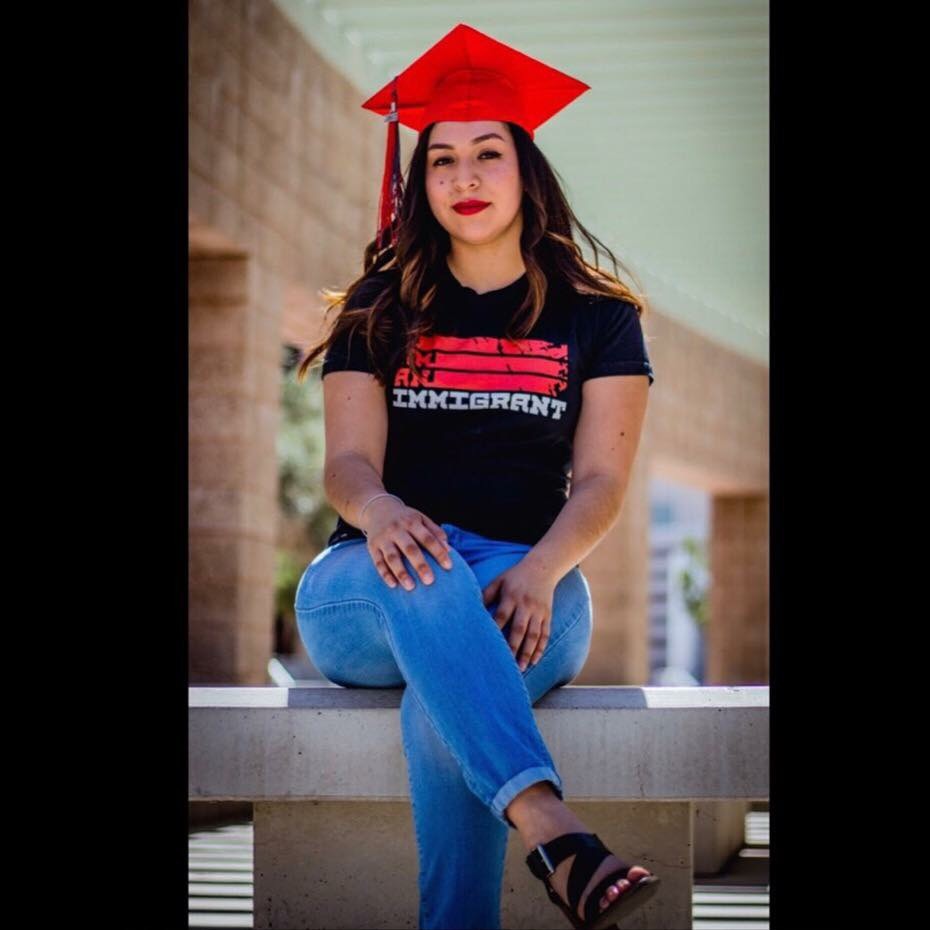 Against the backdrop of significant changes in federal immigration policy, state legislatures and political leaders are being asked to address the question – To what extent should public universities and community colleges allow DACA students to continue to defer their deportation and remain eligible for financial aid? Answers to this question vary across states in the Intermountain West. Some states, for example, are using the specific tactic of removing the eligibility of undocumented students to apply for financial aid to comply with President Trump’s policy change, while other states are offering qualifying undocumented students financial aid scholarships to continue their studies.

The judicial branch in Arizona appears in step with federal immigration policy changes. In a unanimous 7-0 decision announced in April 2018, the Arizona Supreme Court ruled that students protected under DACA in Arizona are no longer eligible for in-state college tuition. As a result, many students have had to reconsider their higher education plans, as the court’s ruling has made the cost of attending college unattainable. A complete course load at a local community college in Arizona now costs a DACA student $8,900 a year compared to the in-state tuition amount of $2,580. For those DACA students who attended high school in Arizona, the price of attending a four-year university locally now costs $15,000 a year compared to $10,000 prior to the decision. DACA students who are unable to meet the state high-school qualification are required to pay roughly $27, 618 in tuition. In Arizona, DACA students are ineligible currently from receiving any federal or state financial aid. (Photo, above: Brenda Romero, B.A., UNLV 2018, A.A., CSN 2018, where she was also president of the Associated Students of the College of Southern; Photo Credit: @yairbarrera_)

Despite their geographic proximity, Arizona and California have had significantly different responses to this question. Last September, the University of California school system was part of a lawsuit against the Administration’s decision to terminate DACA. On the grounds that DACA beneficiaries were not being fairly tried through due process and would suffer serious irreparable harm if the program were terminated, Federal District Court Judge William Alsup from the Northern district of California blocked the Trump administration from deporting any students protected under DACA. The White House has stated that it expects to move forward with the termination of DACA by challenging the Judge’s decision. As a result, there remains confusion and uncertainty regarding the long term educational plans of undocumented students on college campuses.

Like several other institutions of higher education around the country, Nevada’s universities and community colleges have decided to allow students to defer their deportation beyond the deadline imposed by the White House. In letters addressed to their communities, Presidents of Nevada’s universities and community colleges announced their commitment to protect and support the academic success of DACA students. University of Nevada Las Vegas (UNLV) President Len Jessup, reaffirmed UNLV’s commitment to making education accessible to all students. In his letter, President Jessup reminded the community that “citizenship is not a prerequisite for admission to UNLV, and our doors remain open to all students who seek education and the opportunities it provides.” President Jessup also mentioned that he had added UNLV to the ongoing list of 700 higher education universities that have pledged their full support to DACA students and are committed to the continuation of the DACA program. In a similar letter, Marc Johnson, President of University of Nevada Reno (UNR), shared that he has witnessed the positive benefits of the DACA program on the UNR campus and reaffirmed that all academically qualified students are welcome at UNR.

Nevada’s community colleges are also committed to the success and protection of DACA students. The night of the White House’s decision to terminate DACA, President Michael Richards of the College of Southern Nevada (CSN) issued an email reassuring the community that CSN stands in support of DACA students. In his official statement, Richards expressed his desire to protect the opportunity for all students to be able to attend CSN. Other community colleges have not released their own statement, but rather have signed on to a joint statement written on behalf of Nevada System of Higher Education (NSHE) Chancellor Thom Reilly. In addition to formal statements, several of the NSHE institutions, such as Truckee Meadows Community College (TMCC) and Nevada State College (NSC) offer resources, faculty guidance, and even student clubs to support DACA students. On behalf of NSHE, Chancellor Reilly delivered a statement that acknowledged how many DACA beneficiaries are dreamers who have grown up in Nevada communities and graduated from local high schools. The statement supports DACA beneficiaries, but concludes by stating, “While the fate of the DACA program is in the hands of Congress, NSHE leaderships and its eight presidents are committed to partnering and advocacy with our Congressional delegation, business community and other elected officials.”

Utah, like California, is one of 18 states in the country that has passed legislation to provide in-state tuition for qualifying undocumented students. DACA has allowed more than 9,700 immigrants to work or attend school in Utah without facing deportation. In a statement to the local community, University of Utah President David Pershing stated that “the University of Utah is unwavering in its commitment to undocumented students (with or without DACA).” Salt Lake Community College, a local community college, supports DACA students by recognizing their eligibility to obtain employment, receive employment benefits, and apply for private scholarships. In September 2017, the Commissioner of Higher Education sent a  letter to Utah’s Congressional delegates emphasizing the importance of DACA and the opportunity it provides to students. The letter was signed by each president of Utah’s public universities and colleges.

Public universities and colleges in Colorado are also taking strong measures to continue the protection of an estimated 17,000 DACA beneficiaries. Undocumented students remain eligible for in-state tuition at all public institutions of higher education if applicants meet certain qualifications such as attending high school in Colorado for at least three years prior to their enrollment in college. In an open letter, the President of Metro State University reaffirmed her support of DACA students to continue their education. In addition, the university’s administration has allocated funds from its Denver Foundation to help cover the costs of DACA renewal fees. Other public universities such as University of Colorado and Colorado State University are also taking financial measures to support undocumented students with monetary aid from funds such as student crisis funds and funds donated by private donors. On September 1, 2017, the Colorado Department of Higher Education posted a message of support towards the continuation of the DACA program and acknowledged that beneficiaries are “active members of Colorado communities, making strong contributions” to the state.

New Mexico, another Intermountain West state, offers in-state tuition to DACA students. With easier requirements for beneficiaries to fulfill, New Mexico only requires that students either graduate or receive their GED from a high school in New Mexico. Alternatively, students may qualify by attending middle school or high school in state for just one year. As a result of the state’s accessibility to higher education for many members of New Mexico’s community, President Trump’s announcement is contrary to what the state legislation has passed to protect the state’s 6,800 DACA protected students. Both the Interim President and the Vice President of the University of New Mexico released statements promoting the benefits of DACA and stating their goals to protect the program through Congress and other national organizations. The President of Northern New Mexico, a local community college, also released a statement in which he voiced his support for the DACA program. 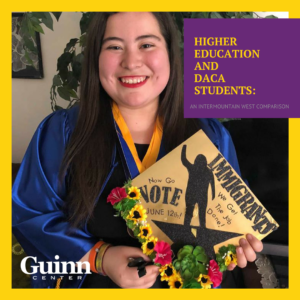 On a per capita basis, California, Nevada, and Texas are the states with the highest numbers of DACA beneficiaries. Yet, Nevada’s position on this issue lands somewhere between states like Arizona and New Mexico. Despite Nevada’s lack of explicit legislation regarding tuition or state financial aid eligibility of DACA students, both public universities and community colleges offer financial aid options and scholarship resources to help all students pursue higher education. At UNLV, DACA students that have graduated from a Nevada high school are eligible for in-state tuition. Inspired by the hardships often faced by DACA students, CSN created the Dream scholarship that is awarded to qualifying students regardless of their documentation status. This scholarship was inspired by a similar scholarship offered by TMCC. However, DACA students are not eligible for all types of financial aid and scholarships in Nevada. For example, the Millennium Scholarship program requires that students are U.S. citizens or be on the path to become a U.S. citizen, which excludes most DACA students. UNR offers some merit-based scholarships to new undocumented students based on high school grade point average and standardized test scores, but recommends private scholarships funded through private organizations for DACA students. However, UNR in-state tuition qualifications are accessible to DACA students in a myriad of different ways such as meeting the qualification by graduating from high school in Nevada or by being a student who is financially independent and has lived in Nevada for a minimum of 12 months. Overall, Nevada’s public universities and community colleges omit any questions of citizenship or documentation on their applications. For now, DACA students in Nevada remain eligible for some forms of financial assistance. However, it remains to be seen how Nevada’s public universities and colleges will move forward if President Trump takes further actions against DACA students. (Photo, above: Dulce Valencia, A.A., CSN 2018; Photo credit: Astrid Silva). 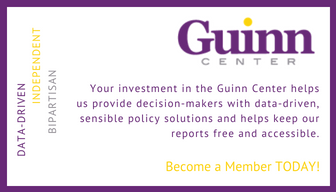