A Changing Nevada Data and Resources 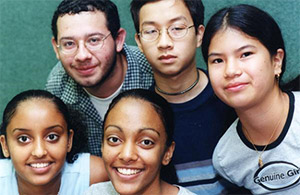 View Website
The U.S. Census Bureau provides an interactive tool that provides demographic data such as population and income for states, counties, cities, and towns. 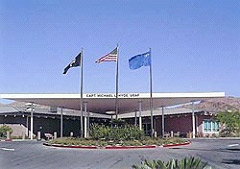 The U.S. Census Bureau has a new web application that allows users to look at the demographics of the U.S. population by Congressional District.

Statistical Portrait of Hispanics in the United States, 2011

Race for Results: Building a Path to Opportunity for All Children: Kids Count

The Annie E. Casey Foundation builds on its work with the Kids Count Data Report to provide a new Race for Results Index, which is a new collection of data disaggregated by racial and ethnic groups and by state to illustrate how far we are from positioning all kids for success in school and in life.

Mapping The Nation’s Latino Population: By State, County and City

View Website
The Pew Research Center’s Hispanic Trends Project annually produces reports, databases, and interactive maps showing the current geographic concentration of Hispanics throughout the U.S. and how that distribution has changed since 1980.

View Website
The Pew Research Center’s Hispanic Trends Project provides data on the detailed characteristics of the Latino and foreign-born populations in the United States by their country of origin.

View Website
This report by the National Council of La Raza finds that the current federal minimum wage is not enough to keep a single parent with one child out of poverty.  Over the past few decades, Latinos have been more likely than Whites and Blacks to earn poverty-level wages.  The failure of wages to cover basic needs is one of the major factors contributing to rising Latino child poverty and income inequality.

Hispanics Say They Have the Worst of A Bad Economy

View Website
A telephone survey conducted by the Pew Hispanic Center of 1,220 Hispanic adults showed that a majority of Latinos believe that the economic downturn that began in 2007 has been harder on them than on other groups in America. Large shares of Latinos stated that they or someone in their household has been out of work in the past year, that their personal finances are in “only fair” or “poor” shape; that they canceled or delayed a major purchase in the past year; or that they are underwater on their mortgage.

Latino-Owned Businesses: Start Up Fund Sources and Implications in Comparison to Other Racial/Ethnic Groups

View PDF
This study by the Julian Samora Research Institute examines the type of startup funding sources Latino business owners utilized in their first year of operation. The study found that Latinos utilized a significantly larger percentage of informal funds as compared to Whites and a smaller percentage of formal funds, and that Latino-owned businesses are at greater risk of going out of business compared to White-owned businesses regardless of startup fund type.

Blacks and Hispanics are Falling Behind Whites in Retirement Coverage

View Website
This report by the Economic Policy Institute found that the shift from traditional defined-benefit pensions to 401(k) plans over the past two decades has left the vast majority of Americans unprepared for retirement. Hispanic and black workers have been disproportionately affected.

Ongoing joblessness: A national catastrophe for African American and Latino workers Institute, May 29, 2013