Last year, Nevada’s two, four-year public research universities — the University of Nevada, Reno (UNR) and the University of Nevada, Las Vegas (UNLV) — received the Carnegie R1 designation reserved for institutions with “very high research activity.” This designation placed both of Nevada’s public universities into a competitive list of the top 130 universities across the nation. Comparatively, both UNR and UNLV boast considerably lower in-state tuition and fees, which ought to give Nevada residents the ability to receive a quality education for a lower price than in-state residents at other R1 institutions.

To gauge whether Nevada’s in-state college students do indeed have this advantage, we compared UNR and UNLV to other R1 designated, public universities in the Intermountain West region. The data presented below was gathered from the U.S. Department of Education College Scorecard and the Integrated Postsecondary Education Data System (IPEDS), as well as the US Census Bureaus’ American Community Survey. Included in this comparison are the University of Arizona, Arizona State University, University of Colorado, Boulder, Colorado State University, University of Utah, and University of New Mexico, as well as the national average for all public R1 institutions. 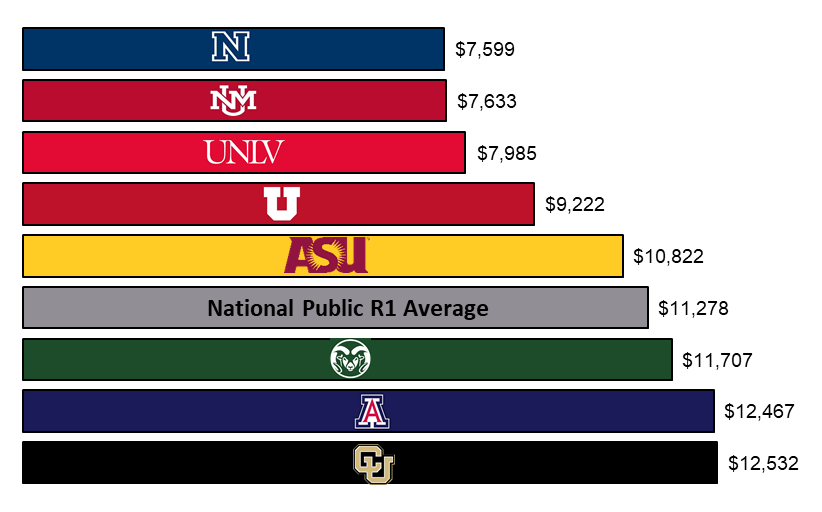 Another metric that may be used to measure cost is net-price, which takes into account tuition and fees, cost of living, and student aid. When comparing net-price, we see that UNLV is a more affordable option than all other selected universities except the University of New Mexico. On the other hand, although UNR is more affordable than the national average, the high cost of living in the Reno area could make it less affordable than five of the select universities in the region (see Figure 2). 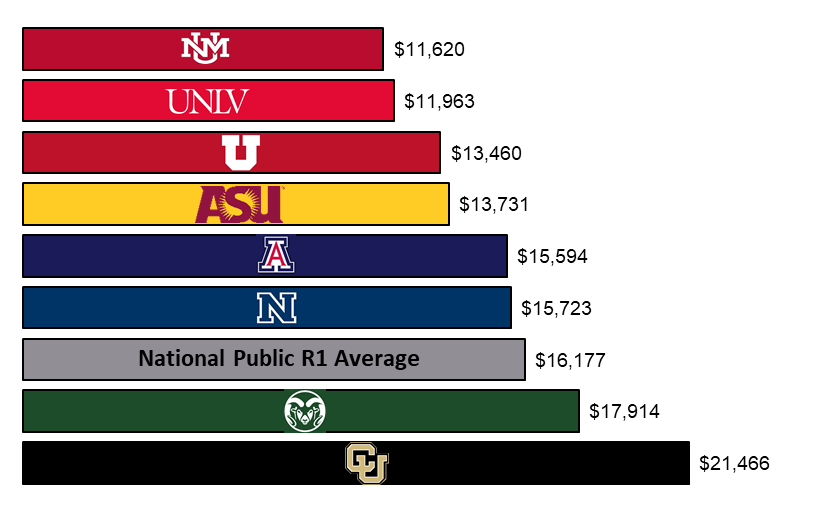 Figure 3 presents the net-price of attendance as a percentage of median family income. This metric is useful as a measure of the yearly cost burden higher education places on the typical family. Based on this measure, UNLV has the second lowest net-price to median family income ratio at 17 percent, which is four percent lower than the national average at 21 percent. On the other hand, UNR has a higher than average net-price to median family income ratio and is tied with the University of Arizona as the second highest at 22 percent, just behind University of Colorado, Boulder at 24 percent. 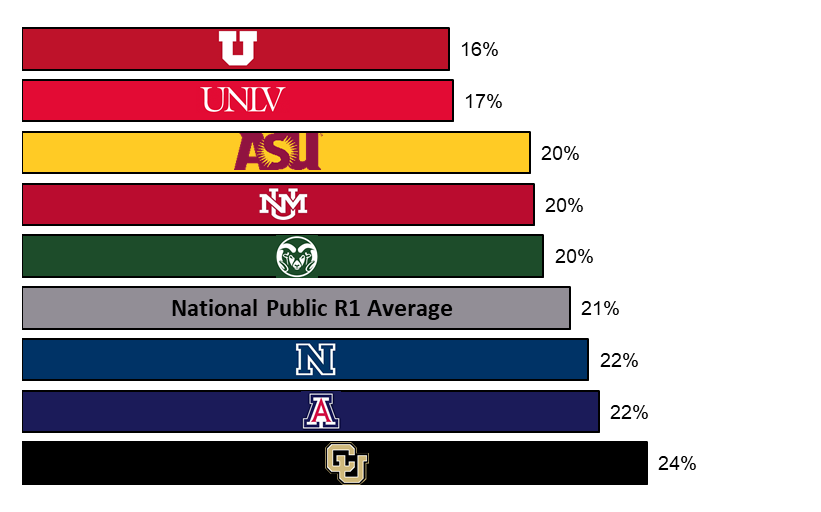 However, not every student receives monetary assistance from their family in support of their educational goals. For example, a survey conducted by the research marketing firm Ipsos and funded by the consumer bank Sallie Mae, as part of its annual How America Pays for College series, helps shed light on how students pay for college. According to the survey, students are more likely to take out loans than their parents to pay for higher education costs, with a rate of 38 percent for students compared to 21 percent for parents. Additionally, 64 percent of families who take out loans to fund college education report that the student will be solely responsible for repaying any student loans.

With this context in mind, it is relevant to affirm that college is frequently viewed as an investment in a student’s future. Therefore, to understand the amount of student debt that is taken out to fund this investment at each university, we compared the ratio of median student debt to the median annual wage of a college graduate in their first year after graduation. For this example, because median debt and annual income varies by program and the popularity of certain degrees varies by university, we have decided to use data from business graduates as they are consistently awarded in high levels across each institution.

Note: There are several types of business majors; for this example, we used data from Business Administration, Management, and Operations graduates except in a small number of cases where that degree was not offered at the university. In these cases, data from similar degrees such as Managerial Business/Economics were used instead. 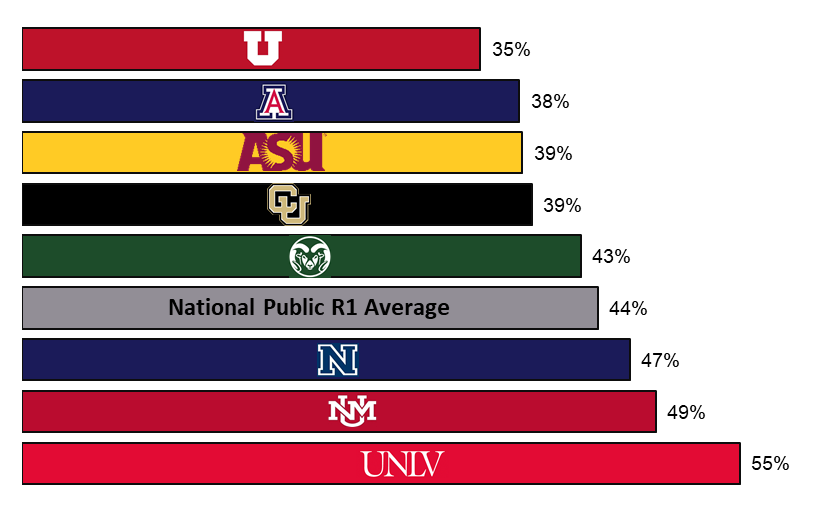 This analysis confirms that students attending UNR or UNLV do enjoy considerably lower tuition and fee rates compared to many other R1 public universities in the Intermountain West region. However, business students attending either UNR or UNLV often graduate with a higher debt to income ratio than other students across the nation. Additionally, the high cost of living in the Reno area could reduce the advantage of UNR’s low tuition and fees, adversely affecting the ratio of net-price to median family income. Overall, the results suggest that although Nevada’s two universities are on face value more affordable than other R1 public universities, their graduates carry relatively higher debt burdens.