Once the upcoming legislative session is over, we may look back on the month of January 2019 as predictive of the future of K-12 education funding in Nevada. On Tuesday, January 8th, Communities in Schools hosted an Education Summit that included a major education finance revelation: the legislature is considering a weighted funding formula for Nevada education; unfortunately, the amount the State of Nevada contributes to education may not substantially increase. On Thursday, January 10th, there was a Clark County School District (CCSD) Board meeting that explored the impact of recent budget cuts on district operations. Finally, on Friday, January 11th, CCSD Superintendent Jara provided his 2019 State of the Schools address, outlining the district’s legislative agenda. In it, the superintendent stated that CCSD strongly supports moving to a weighted funding formula to fund school districts. However, absent from the conversations all week was how any K-12 education finance reform proposal would impact rural school districts. This blog attempts to build a complete narrative surrounding these preliminary education finance discussions with the understanding that it could significantly change leading up to, as well as during, the 80th legislative session. 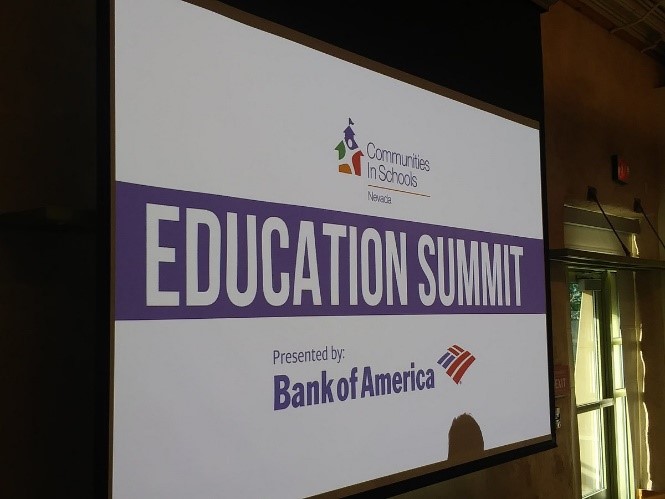 The topic of the Communities in Schools Education Summit was school safety, but a non-safety related revelation by Senator Mo Denis (D-Las Vegas), Chair of the Senate Education Committee, potentially overshadowed any other comments from the day. In relation to how Nevada funds education, Senator Denis suggested that it was time to change how Nevada funds K-12 education. During the upcoming legislative session, Senator Denis noted that the legislature will review education funding based on student needs (e.g. a weighted funding formula), rather than by the size of the school district or wealth of a county. However, Senator Denis did not confirm whether there would be any new (or reduced) amounts of money allocated for education.

While CCSD Board Meetings provide a wealth of information regarding the direction of the District, the meeting on January 10th was unique in that an outside report of CCSD operations was presented by the Council of Great City Schools, an organization that works with the 74 largest school districts in the United States to improve urban education. Superintendent Jara requested the Council review the operations of several departments under the Office of the Chief Operating Officer, specifically the Purchasing, Facilities, and Transportation departments. It is an exhaustive report, and one that individuals with an interest in CCSD’s operations should review. The report notes that CCSD Operations spends approximately $3,470 per pupil for services, whereas the median of all Council schools is $6,265 (page 24). This places CCSD as the district that spends the lowest per pupil amount on operations in comparison to all other Council of Great City School Districts (see figure below). However, the Council noted in their presentation that the lower per pupil expenditures for operations is not due to efficiencies CCSD has implemented. Instead, it is a result of the budget cuts CCSD has endured and the district’s attempt to keep those cuts out of the classroom. As a reaction to the information presented, Board Trustee Deanna Wright commented these budget cuts began in 2010 and are still plaguing the district today. 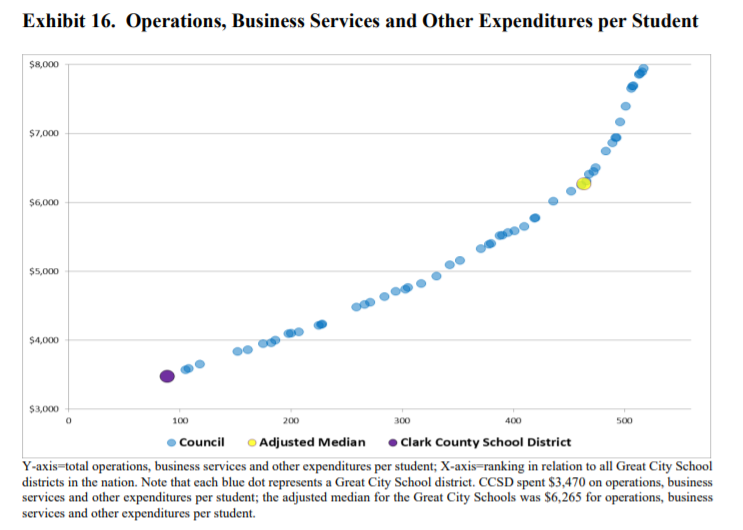 The importance of this report in the overall K-12 education finance discussion is evident when combined with uncertainty about whether there will be any additional funding for education this biennium. Without any additional money, it is difficult to see how CCSD can increase operational expenditures to appropriate levels that will ensure students have adequate facilities in which to learn. For example, the report notes that facility maintenance at CCSD is reactionary with little preventative maintenance completed (page 8). As a result, it is estimated there is a $6 billion unfunded deferred maintenance backlog (page 8). Additionally, bus driver pay has only increased 1 percent from the 2010-2011 to 2018-2019 school years – from a base pay of $15.15 to $15.30 an hour (page 12). It is difficult to anticipate a path that will correct these issues without a substantial (financial) commitment on behalf of CCSD and/or the State.

CCSD State of the Schools

On Friday, January 11, Superintendent Jara gave his State of the Schools address. The primary purpose of the address was to lay out the Superintendent’s five-year goals. 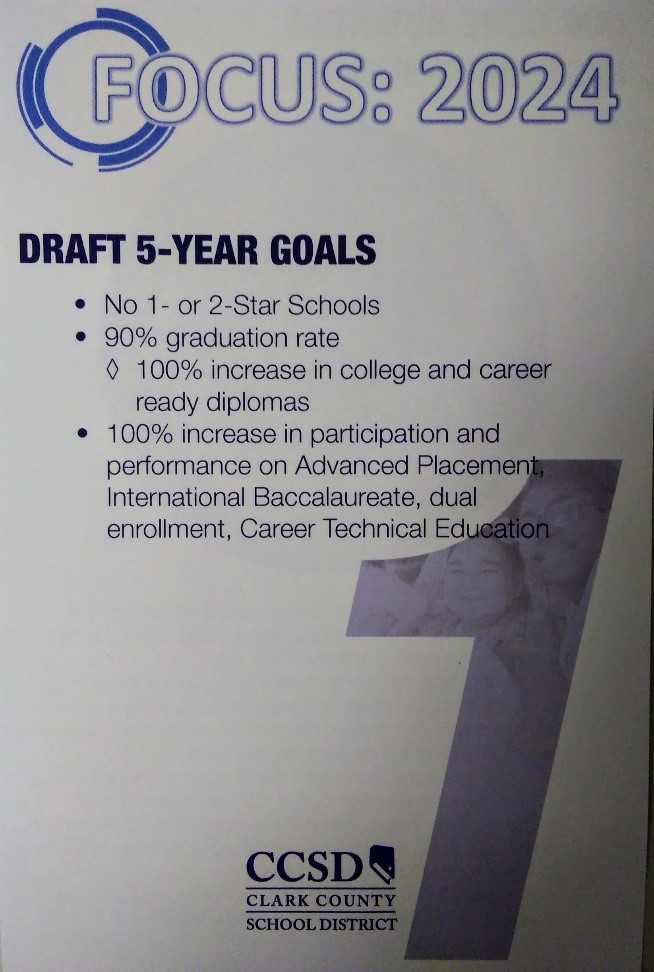 While the goals are ambitious and deserving of additional attention, the important point for K-12 education finance is the superintendent’s discussion related to the need to change how Nevada funds education. Specifically, the superintendent identified two items need to be corrected:

What has been conspicuously absent from the ongoing conversations, when viewed collectively, is that there has been little discussion about how changes in the funding formula will impact rural districts. For example, at no point did Superintendent Jara advocate for less funding for any other district, but he did state clearly that he works for CCSD, and he will be promoting his district’s interests. While it is understandable why the superintendent would focus on CCSD, up to this point there has been significant collaboration amongst the educational community (both urban and rural districts, as well as community stakeholders). Specifically, the Nevada Association of School Superintendents produced the 2019 iNVest in Education document, citing the need for Nevada to increase education funding based upon the actual needs of students, rather than historical expenditures. The CCSD Trustees unanimously supported this report during the September 27th, 2018 board meeting. 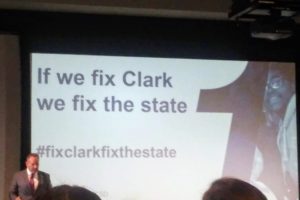 January felt like a noteworthy month for education, specifically K-12 education finance. The meetings provided a possible preview of the legislative session, and potentially CCSD’s strategy for engaging the legislature.

Again, what has been absent from all conversations is how changes to education funding would impact rural districts. This last point is understandable in that the meetings discussed dealt primarily with CCSD. However, as we prepare for the legislative session, it is important to remember that any changes to the K-12 education funding and Nevada Plan will impact students around the state. In absolute terms, CCSD has the largest number of students in each special category of students that would likely receive weights (i.e. students qualifying for free-and-reduced-price lunch, students with an Individual Learning Program, or English Language Learners). However, in relative terms, CCSD actually has the second lowest percentage of students with an Individual Learning Program compared to all other traditional public school districts. Additionally, Nye County School District’s percentage of students qualifying for Free-and-Reduced-Price Lunch is nearly 10 percent higher than CCSD. This suggests that while educating certain populations of students may be costlier, these special populations reside across the entire state.

Stay tuned for our upcoming policy report on education finance that will address some of the issues that the legislature may want to consider.