Nevada’s health insurance exchange, Nevada Health Link, has launched a new state-based enrollment platform for the 2020 enrollment year after using HealthCare.gov for enrollment since 2015. Nevada is one of very few states that have transitioned to or from a state-run platform (especially after 2014, the first coverage year), so there is limited evidence as to the impact the change might have on enrollment rates.

The transition from HealthCare.gov is not automatic: Nevadans are required to claim their Nevada Health Link accounts. This has the potential to negatively impact enrollment rates, especially given a national environment of declining health insurance enrollment rates. As noted in a recent Guinn Center report, Nevada has the sixth highest uninsured rate in the country, making this an extremely important issue for the state. Conversely, fully state-run systems have some freedoms and opportunities that those reliant on HealthCare.gov lack, such as the ability to extend the open enrollment period.

A total of 83,449 consumers in Nevada selected health insurance plans through the marketplace for the 2019 coverage year (source: CMS.gov). The open enrollment period for coverage in 2020 continues until December 15, 2019.

The ACA in Nevada: History and Background

According to the Kaiser Family Foundation, there are three main types of health insurance marketplaces under the Affordable Care Act (ACA; “Obamacare”): 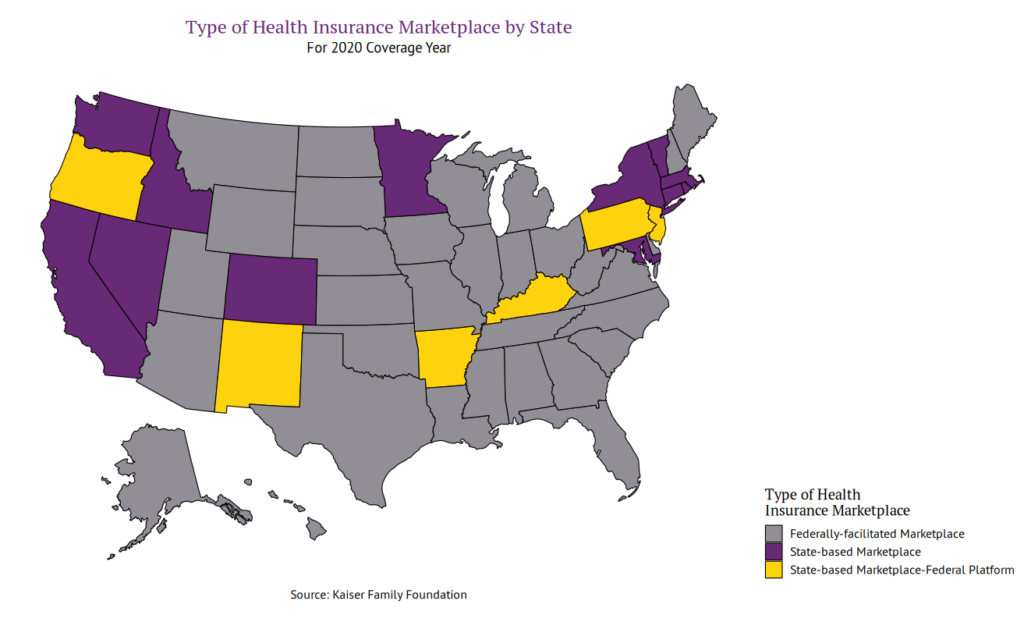 Figure 2. From the 2015 coverage year through the 2019 coverage year, enrollment and eligibility functions in Nevada were managed through HealthCare.gov

Following approval of $1 million in funding during a February 2018 interim finance committee meeting, Nevada once again has a fully state-based health insurance marketplace for the 2020 coverage year, still referred to as Nevada Health Link (see Figure 3).  Heather Korbulic, the Executive Director of the Silver State Health Insurance Exchange, argued that the SBM-FP model was no longer sustainable because of increased fees associated with using the HealthCare.gov platform.

Figure 3: For the 2020 coverage year, eligibility and enrollment functions will be managed through the Nevada Health Link platform

Now,  prior to purchasing a new individual health insurance plan or renewing an existing plan, Nevadans who have been purchasing insurance on the HealthCare.gov platform must claim their Nevada Health Link accounts. Phone support is available for anyone experiencing difficulties claiming their accounts.

Marketplaces in Other States

Few states have transitioned to or away from their initial choices of state- or HealthCare.gov-based enrollment and eligibility platforms. But there are some lessons to learn from those that have: the experiences of other states reveal some challenges and opportunities that Nevada’s policymakers should consider.

Given that few states have transitioned to or from state health insurance enrollment platforms, and even fewer have made changes that affected the consumer experience, it is difficult to assess the potential impact of the new system on health insurance access and enrollment rates. One state that may provide a model is Kentucky: starting with the 2017 coverage year, Kentucky switched from a state-based health insurance enrollment platform to HealthCare.gov, moving from an SBM model to an SBM-FP model. Consumers were required to complete a new application at HealthCare.gov, an additional step that, for consumers, may resemble the need to claim a Nevada Health Link account. Reporting at the time indicated that at least some individuals faced challenges with the technical aspects of the transition. Following this transition, marketplace enrollment dropped substantially in Kentucky for the 2017 enrollment year (see Figure 4).

Kentucky, however, provides an imperfect analogy. Most obviously, moving to the well-established federal platform will pose different challenges than moving to a new SBM. Kentucky’s system prior to the 2017 enrollment year was held up as one of the country’s most successful SBMs. The decision to transition to HealthCare.gov was subject to fierce partisan debate: Republican governor Matt Bevin campaigned on dismantling Kentucky’s state marketplace after his Democratic predecessor created the state exchange. Politics does not appear to be playing such a significant role in Nevada. Furthermore, the individual mandate was still in place during Kentucky’s transition.

Arguably, any change in the enrollment platform has the potential to deter people from signing up, especially those who were expecting their coverage to automatically re-enroll. Kentucky’s 2017 transition to an SBM-FP model provides a warning about the possible consequences of such a change. However, the circumstances in 2019 are very different from those in 2017. The lessons learned in Nevada could ultimately inform the decisions of other states. For example, New Jersey, New Mexico, and Pennsylvania all plan to have SBMs by the fall of 2020; Oregon and Maine are considering similar changes.

Several states have implemented changes to increase enrollment and decrease premiums. Nevada has already made some moves to strengthen the health insurance marketplace and to codify some of the original protections of the ACA in state law. For example, in the 2019 legislative session, a bill was passed to codify protections for those with pre-existing conditions into state law. Another bill was passed to study the feasibility of establishing a public option in Nevada.

Under the ACA, prior to 2019, those who could afford to purchase health insurance but chose not to (and did not have another source of insurance coverage) incurred a fee on their federal taxes. This “individual mandate” was effectively repealed when the 2017 tax plan reduced the penalty to $0.

California, the District of Columbia, Massachusetts, New Jersey, Rhode Island, and Vermont have all implemented individual mandates with varying penalties. Massachusetts’s individual mandate predates the ACA, while the others were implemented after the 2017 tax plan. Those of California, Rhode Island, and Vermont take effect during the 2020 plan year.

Vermont and Massachusetts both offer state-funded subsidies in addition to the federal tax credits and cost-sharing programs. California is also implementing enhanced subsidies, funded in part through individual mandate penalties. Such subsidies have the effect of making health insurance more affordable for low-income individuals.

Now that Nevada is transitioning back to a state-based health insurance marketplace, it will be more important than ever to pay attention to enrollment rates. The experience of Kentucky, though very different from Nevada, hints that the manual step of re-enrolling in a different platform could adversely affect  enrollment rates. Given recent changes in the national context surrounding the ACA, particularly the elimination of the individual mandate, Nevada’s move from the federal marketplace to a state-based marketplace is the first of its kind. Several other states are considering similar moves, and Nevada may serve as a model – or as a warning – for those states.

Further options are available for improving Nevada’s health insurance marketplace in the future, including extended open-enrollment periods, a state-level individual mandate, and enhanced subsidies. Commitment to these and similar policies have the potential to improve enrollment rates, reduce uninsured rates, and keep premiums from increasing to unsustainable levels.